Cafe Terrace At Night—On The Trail of Vincent Van Gogh 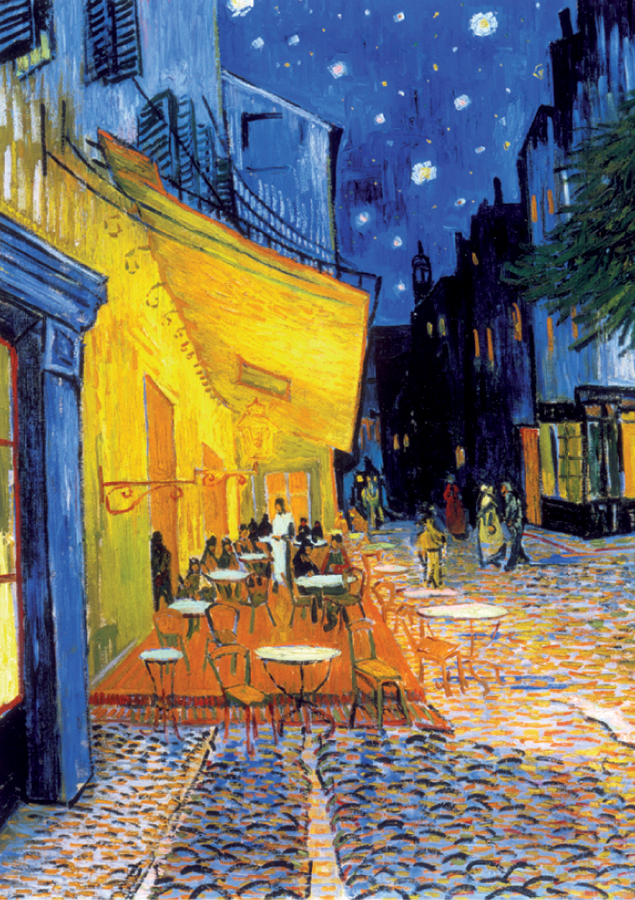 Last week in Arles, France I walked in the steps of one of my favorite painters, Vincent van Gogh. Van Gogh spent two years in Arles and produced over 200 paintings. In 1888, van Gogh painted The Cafe Terrace on the Place du Forum, in Arles, France. The building, now called the Cafe Van Gogh, is still in business. The work was the first time van Gogh used a starry sky in one of his paintings.  When first exhibited in 1891, the painting was called Coffeehouse, in the Evening (Café, le soir).  Van Gogh was living in Arles when he had a mental breakdown in 1888 and cut off part of his ear. Following further breakdowns, he left Arles in May, 1889 to be voluntarily committed to a psychiatric institution in Saint-Rémy de Provence.

You wonderfully cought both sites. They really still look alike.

Wow, the cafe looks like growing by the time passed by! Great idea to put the painting and the image of the cafe at present time 🙂

Thanks. It is amazing how Arles has retained the feel of the 19th century and earlier.

What is your favourite Van Gogh painting?

I like his flowers, such as the Irises, and this one of roses, which is in the National Gallery of Art in DC. https://en.wikipedia.org/wiki/Still_Life:_Vase_with_Pink_Roses#/media/File:Roses_-_Vincent_van_Gogh.JPG

Love the atmosphere in this shot

Thanks. Not bad for a smart phone shot.

I remember visiting that place, I love the painting so much that the cafe seemed a bit underwhelming to me. But your photo captures a great night atmosphere, and brings it to life again 🙂

During the daytime, it doesn’t have the same appeal. But at night, the yellow glows.