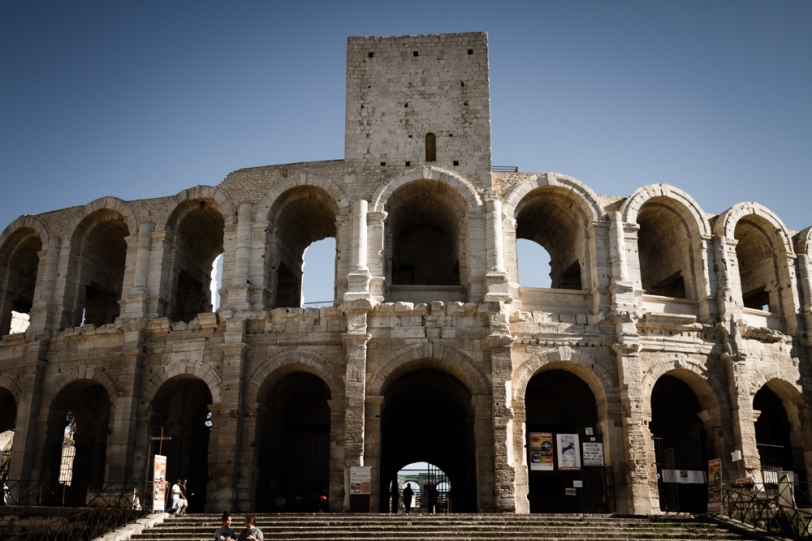 The Roman influence in Arles, France was significant. Both an amphitheater and a theater were constructed. Built in 90 AD, the amphitheater could seat over 20,000 spectators for chariot races and gladiator battles.  After the fall of Rome, it became a fortress, and the interior held over 200 housing units. In 1825, it was declared a national monument and was returned to its original use.  Today, it draws large crowds for bullfighting during the Feria d’Arles and plays and concerts in summer. The tower (one of three) is a medieval addition.

Thursday’s Special: Traces of the Past

I didn’t know there was bullfighting in France. Beautiful place, though!

The same with me. I thought, it’s only Spanish “speciality”.

I guess bullfighting is a tradition across southern France, Arles being one of the major sites. There are two types, one where the bull dies, one where it doesn’t.

A breed of bull native to Provence and raised in the Camargue, which is near Arles, are used in Arles. You also find bull, not just beef, on the menu.

One of the best Roman Amphitheatres in my opinion!