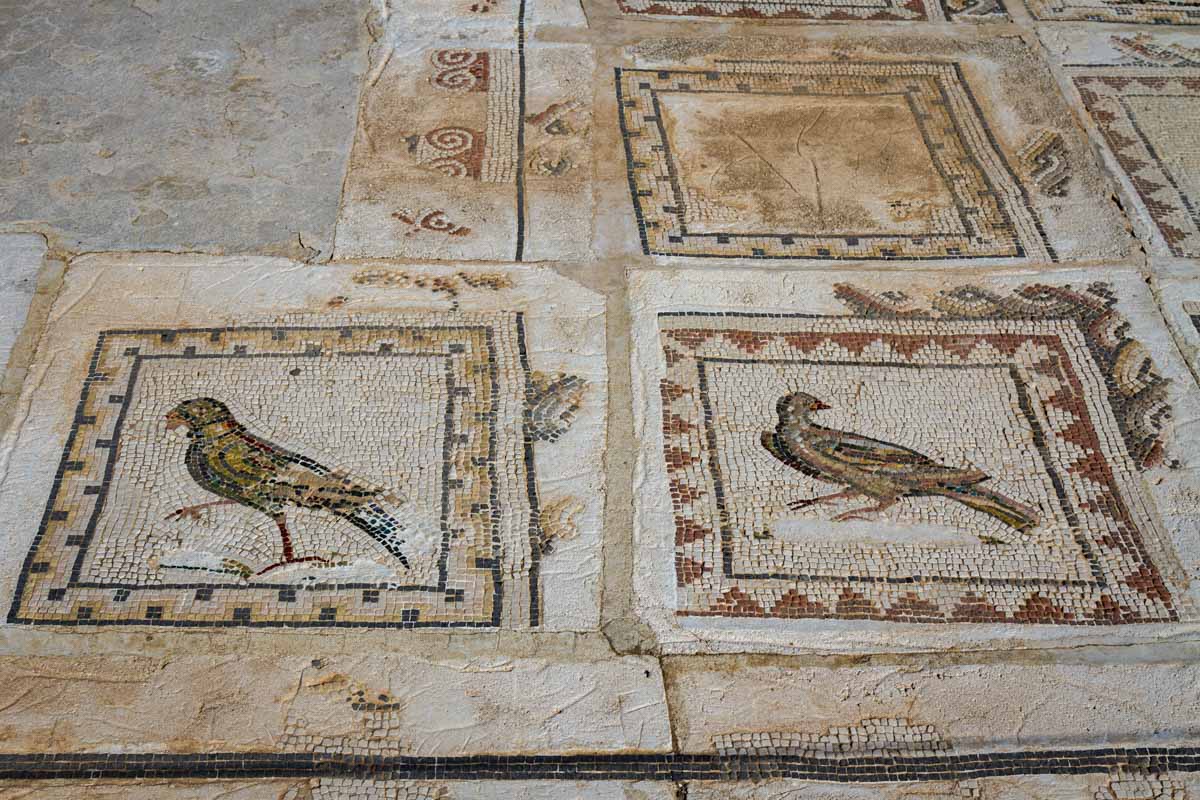 Italica, a Roman colony in western Andalusia, was founded in 206 BCE as a settlement for Roman soldiers. Italica rose to prominence in the 1st- and 2nd-centuries, during the reigns of the Roman Emperors Trajan and Hadrian, both of whom were born in Italica. Several 2nd-century houses, with elaborate mosaic floors, have been excavated in the Hadrianic city (new city). The floor in the House of the Bird Mosaic consists of 35 small squares, each containing a different bird, surrounding a larger, central scene. According to our tour guide, the center square was stolen.  Because it was never built over, this elite quarter is unusually well-preserved, with  remains of spacious houses, cobbled streets, an aqueduct, and a sewer/drainage system. Portions of the drains can still be seen.

[…] found some really old birds in her post in The New 3 Rs: Retire, Recharge, Reconnect!  These birds withstood the mosaic of […]