From 1305 through 1377, the holy see of the Roman Catholic Church moved from Rome to Avignon. During the Avignon papacy, seven French popes and two anti-popes oversaw the Latin church.

An immense palace was built to house not only the pope but also the expanding number of clerics and lay workers who managed church finances, properties and politics.

Built in two wings between 1335 and 1352 by Popes Benedict XII and Clement VI, it is the largest medieval gothic palace in the world.

Following the return of the church to Rome in 1376 and the end of the Great Schism of the West in 1417 that saw popes in both Rome and Avignon, the palace and the city of Avignon was a papal estate. In 1791, Avignon was annex by France. During the Revolution and later, the palace was used for military purposes and even as a prison. Few original furnishings and fixtures, frescoes or statues exist. In 1969, the city began restoration efforts the continue today.

Only three people, including the pope, were allowed in the treasury which held financial, tax, and property records, in addition to actual treasure. It was built on two levels. In 1995, secret vaults were discovered under the floor of the lower chamber. 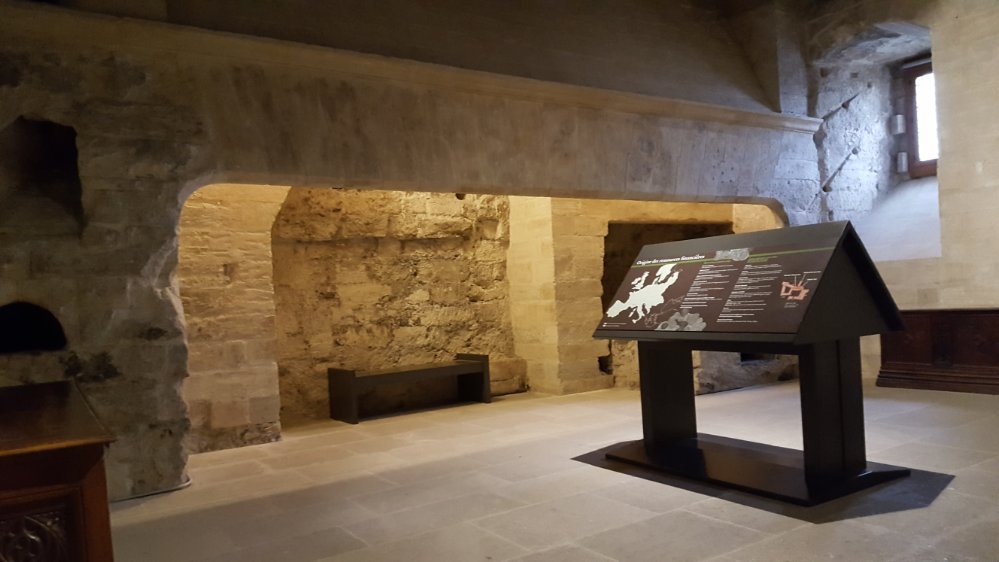 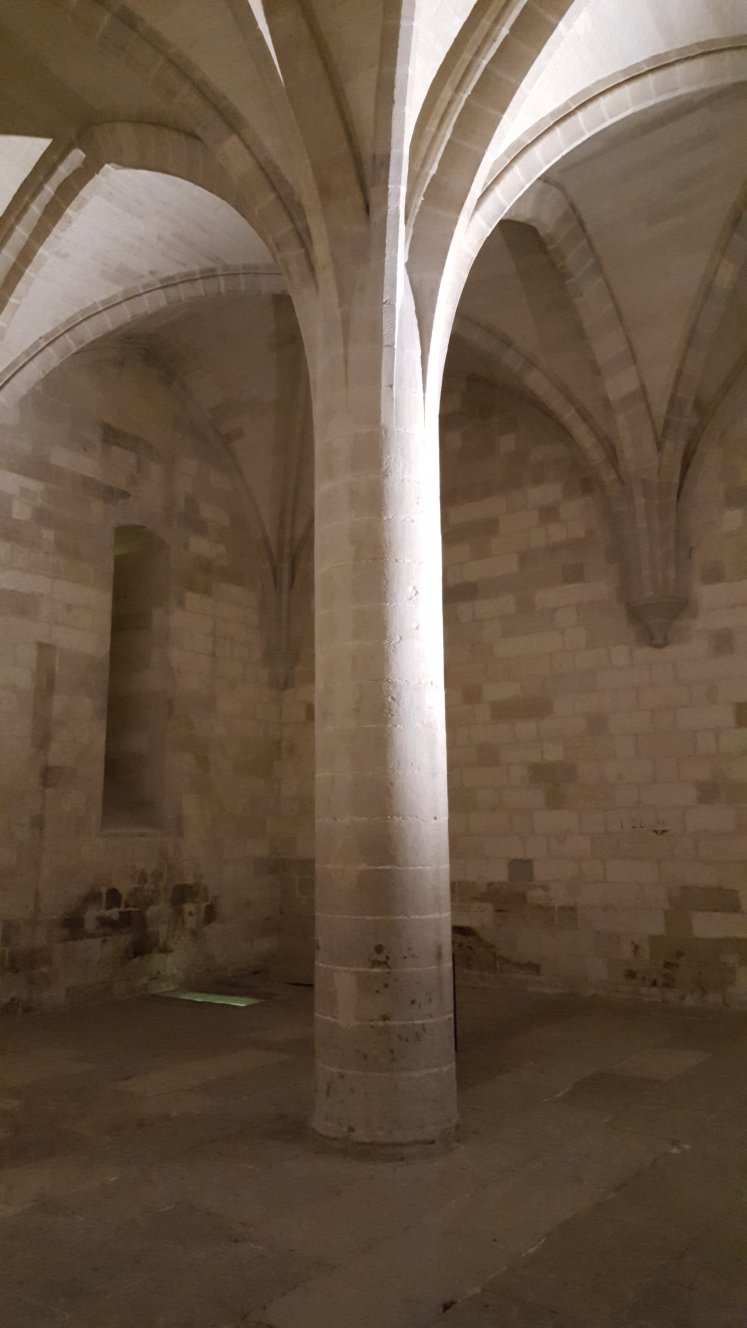 The Grand Tinel was used only on formal occasions such as feast days.

Built as the private chapel of Pope Clement VI, this example of French gothic design is bare of the tapestries and paintings that covered its walls. Small sections of fresco are visible. 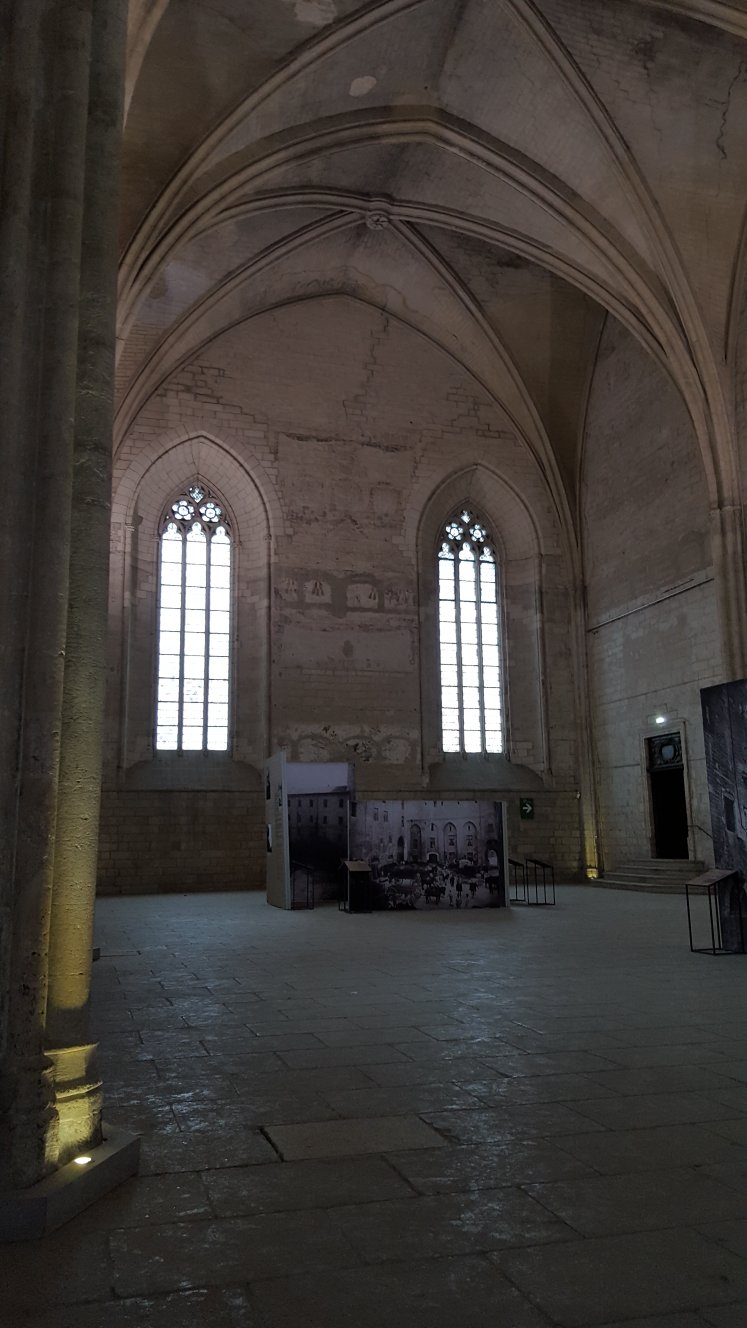 The Chapel Entrance and the Indulgence Window

Facing each other on the loggia are the original doors into the chapel, which have been heavily damaged, and the Indulgence Window through which a new pope would view his followers and grant indulgences. The window was rebuilt in 1913, using other French gothic windows as examples.

Where religious courts were held. The 17th century decorations are from period when the chamber was used as an armory. 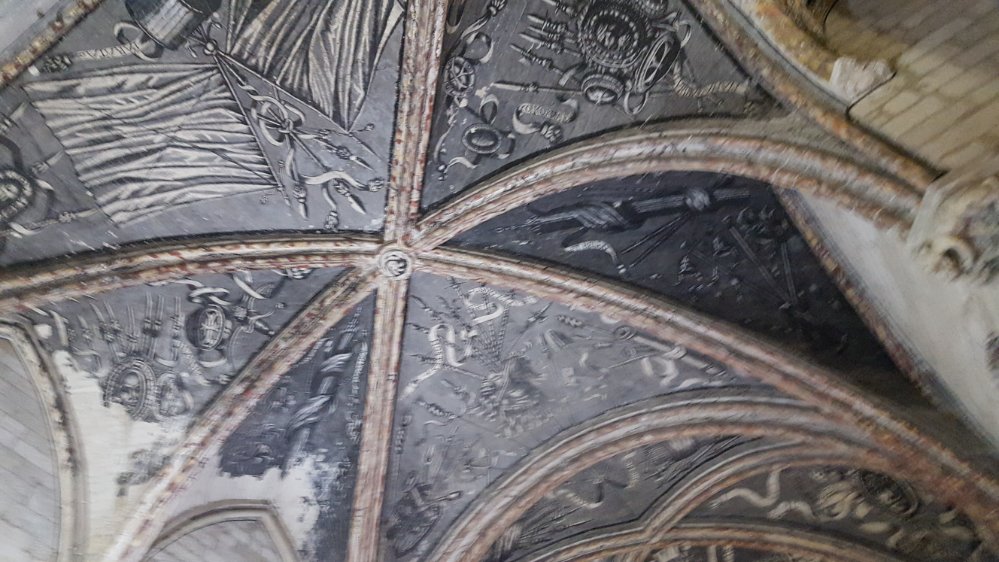 Twenty-five rooms are open to the public (several are closed at the moment). Admission includes a nifty audiovisual tour on an iPad. In addition to narration, a 3D image of each room shows it as originally decorated. It also has a map that shows the visitors location. It is new and has a few quirks but overall was helpful. 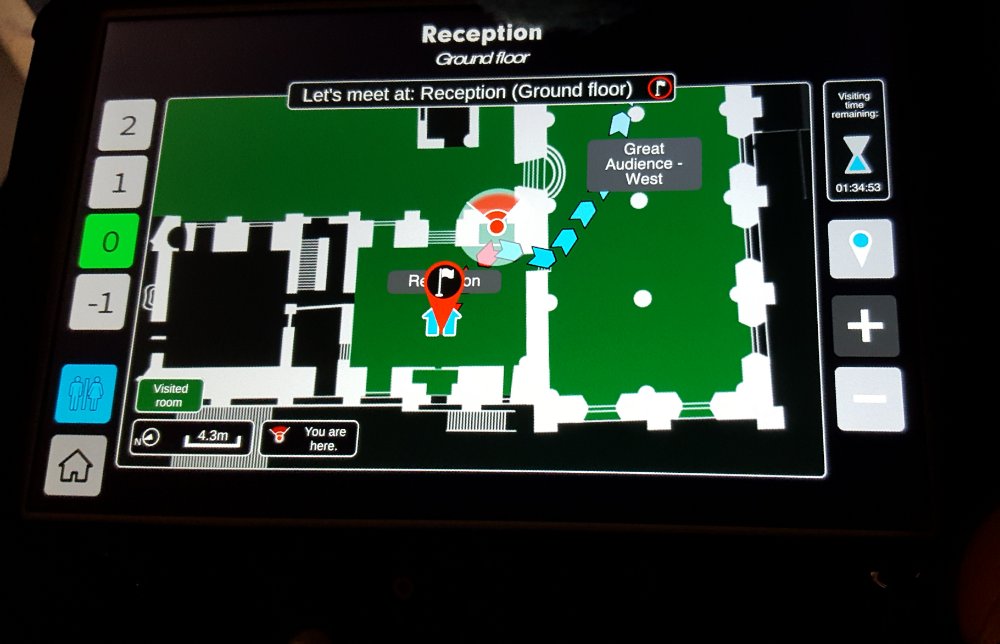 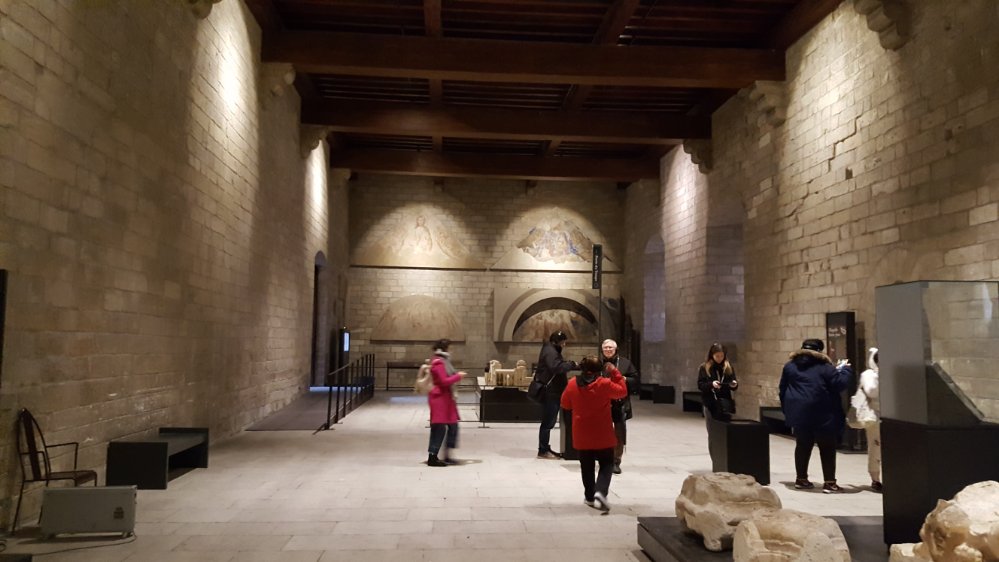 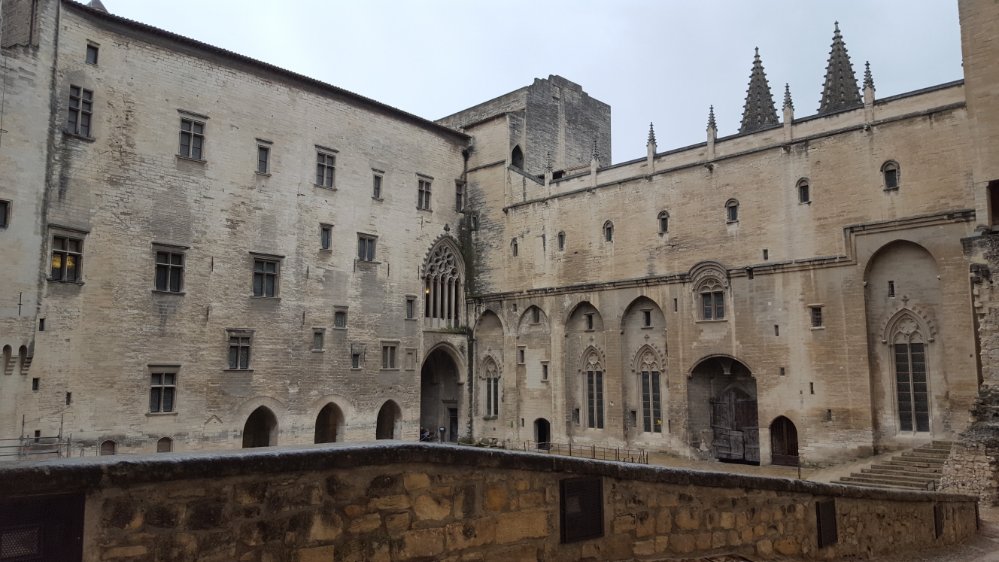 I found this place amazing: the inside was almost bare, but the architecture was so splendid that I could spend a long time inside.

I agree. In better weather I would have roamed more but France has been so cold the temperature was a bit frosty even inside.