The drive from the city of Porto to the Douro River Valley, the home of the liquid porto, winds through hills and valleys covered with vines. Vines going up, down, over, and around the hills.

As we came down into the valley, we stopped to view the small city of Pinhão in the distance. Pinhão, in the Alto Douro, is the start of the porto region. The micro climate is perfect for grapes, olives, and almonds.

The Douro Valley is famous for its wine production, especially port, or porto as its called here. Porto is a fortified wine with a high alcohol content, about 20%. Porto can be ruby, tawny, white, and vintage. Some are a blend of several varieties. 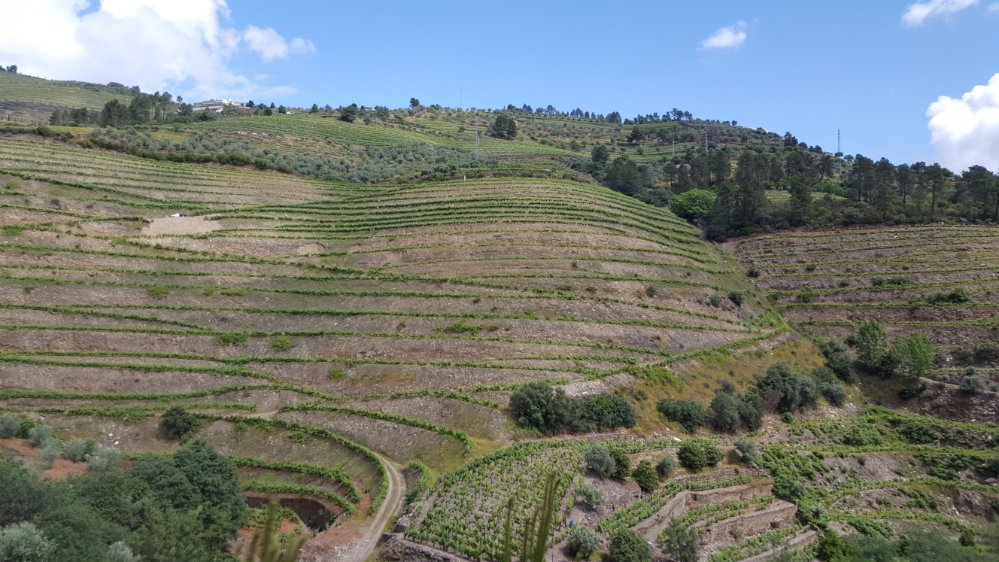 Much of the valley is slate, which makes an excellent soil for vines. It also makes great walls and stone terraces.

The Douro Valley is a UNESCO World Heritage Site. It was the first demarcated wine region in the world. 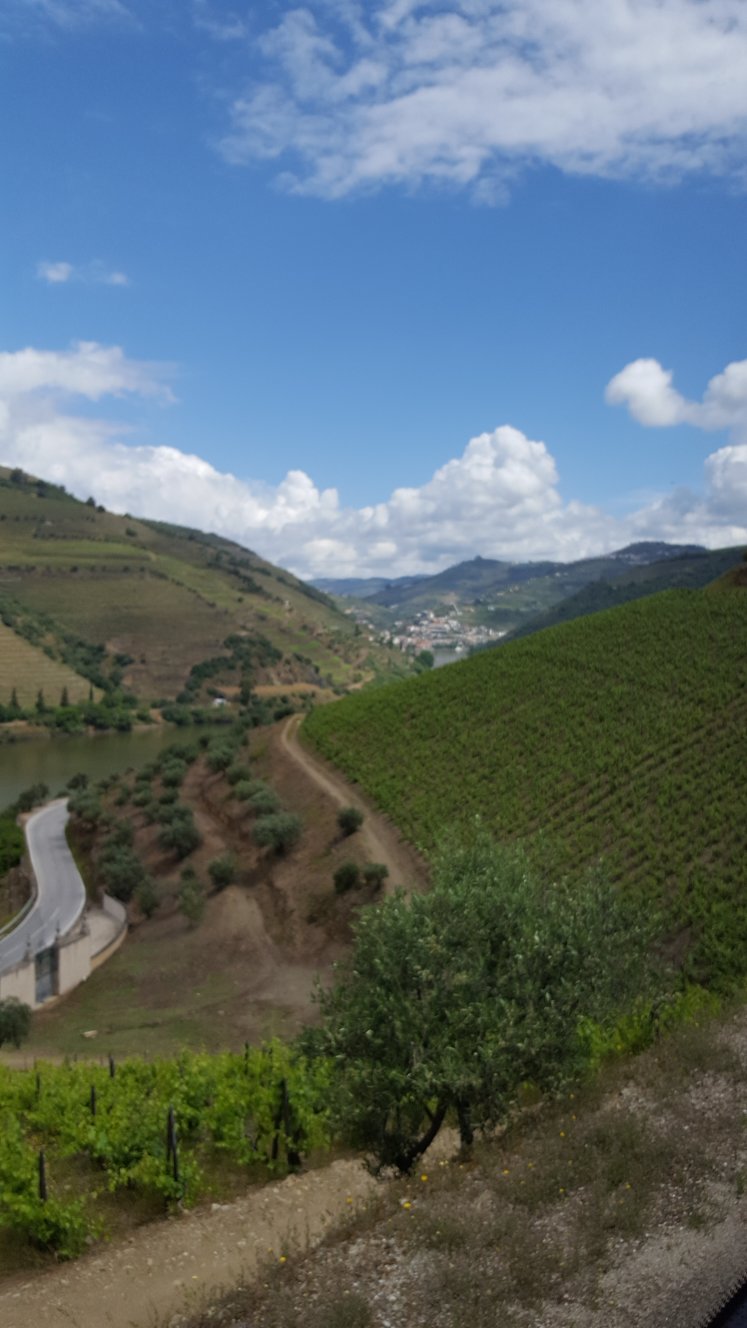 We visited Quinta do Seixo, the winery where Sandeman products originate. Sandeman was established in 1790 and was family owned until 1993.

Sandeman was the first company to register a trademark, in 1877, and to export bottled and labeled product. It is famous for its advertising image, The Don.

Sandeman still grows and harvests its grapes by hand. Manual crushing has been replaced, however, by metal paddles engineered to replicate the pressure and action of feet. They “stomp” in a series if granite tanks, which drain into metal holding tanks.

The tanks are empty at the moment. The porto is transferred to Porto for aging. They are experimenting with aging on site, in an area with the required temperature and other requirements. 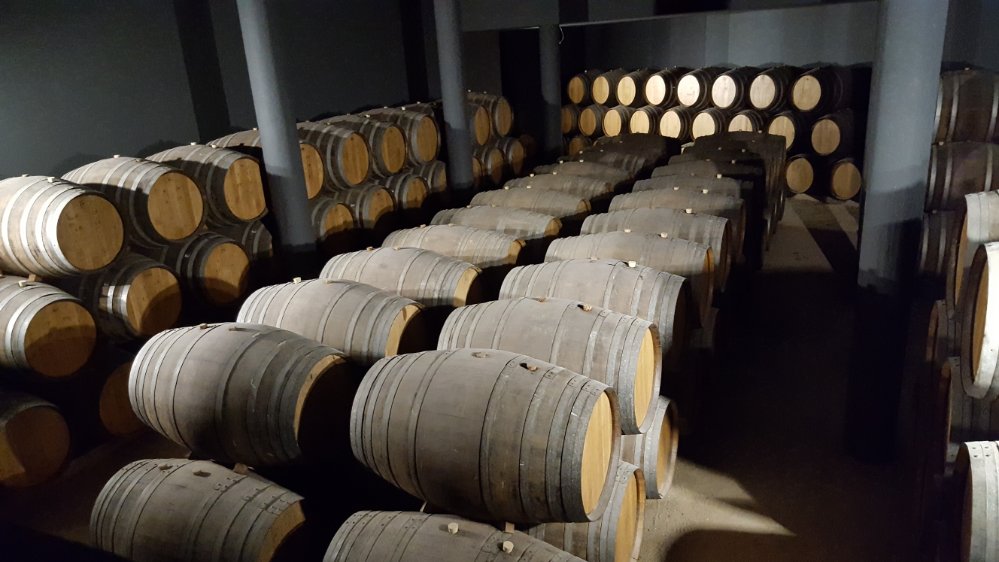 Our tour ended with a lovely lunch, including a rose wine made by the company. 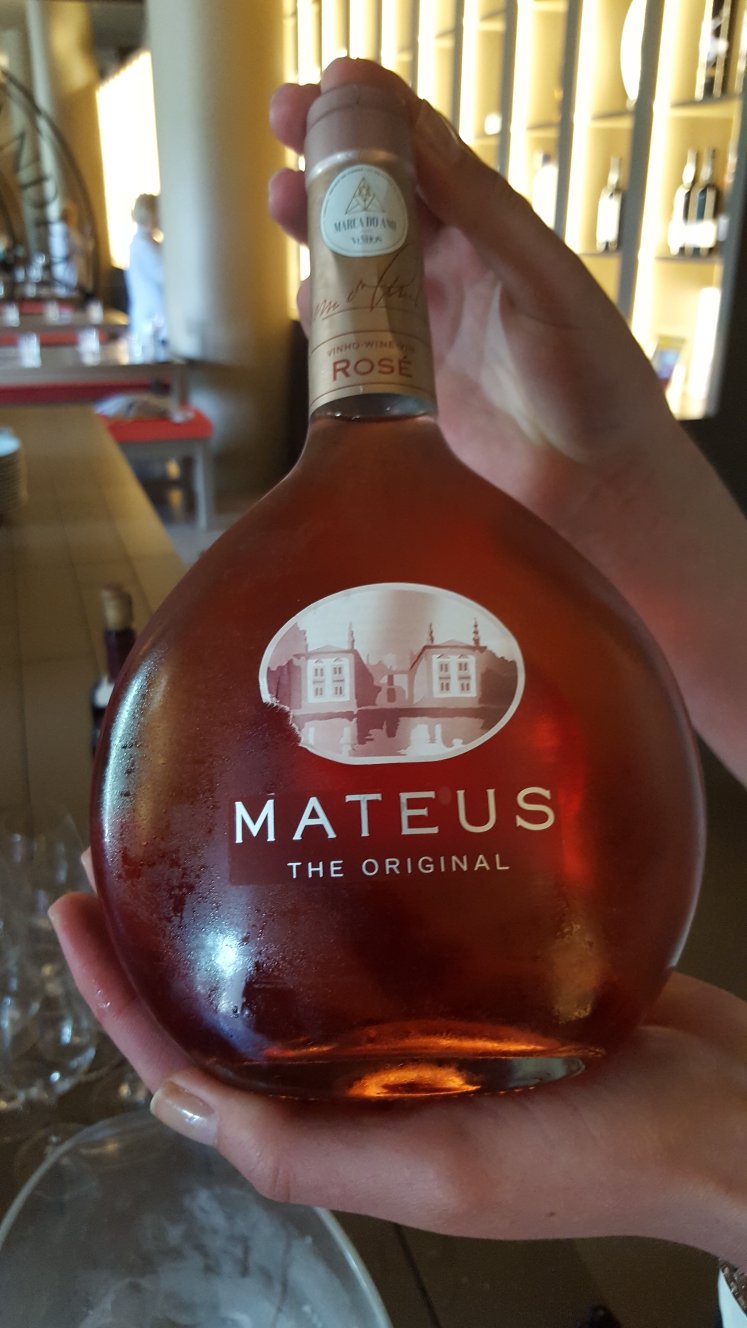 As we were leaving, we passed some of the new vines.

The Douro River Valley is beautiful. I need to come back. Maybe a cruise up the river to visit the charming towns along the banks. 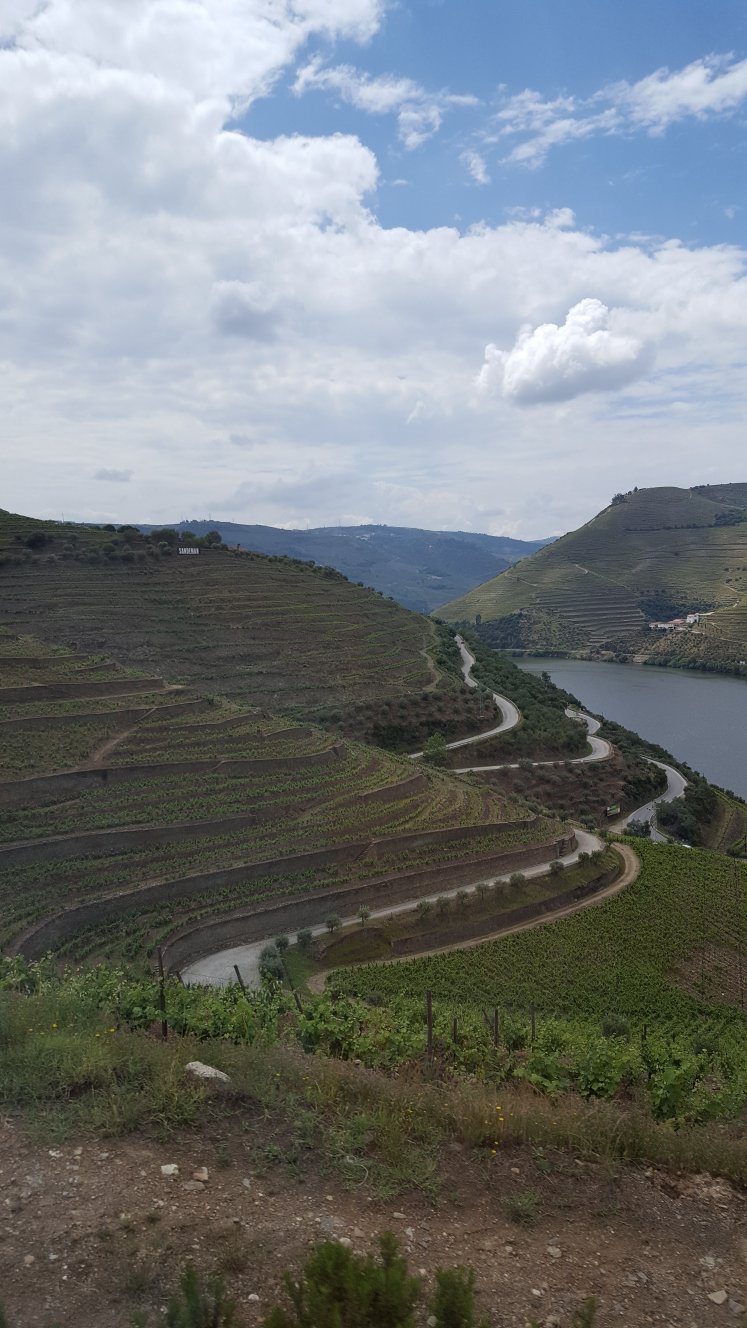 P.S. I wasn’t a big porto fan but I discovered white porto at dinner this evening.

I learn SO MUCH from your posts, Marie! I never knew that the Duoro Valley was a UNESCO World Heritage Site, or the first demarcated wine region in the world, or that Sandeman’s was the first trademarked brand, or that porto also came in a white version. And that landscape! Yes … you must go back! (And when you do, please take me with you? 🙂 Wonderful post.

Thanks, Heide. ☺ Portugal has so much to offer and I have only skimmed the surface.

We took a train through the Douro Valley. Your photos bring back lovely memories of the slow trip we made along the river.

The Douro is an area I would love to visit

It is beautiful. I might have to go for a river cruise the next time. I don’t think a bus tour does it justice. ☺

I think you have a point there, Marie