I left Southern California on Saturday by train/ bus and headed north to Calaveras County, in the Sierra Nevada Foothills. The area was part of the 1849 California gold rush. My friends have a lovely pond and trees typical of the area. Water levels are very low.

New Melones Lake on the Stanislaus River, from the Calaveras County side looking toward Tuolume County. If you look closely, you can see the normal water level marks. 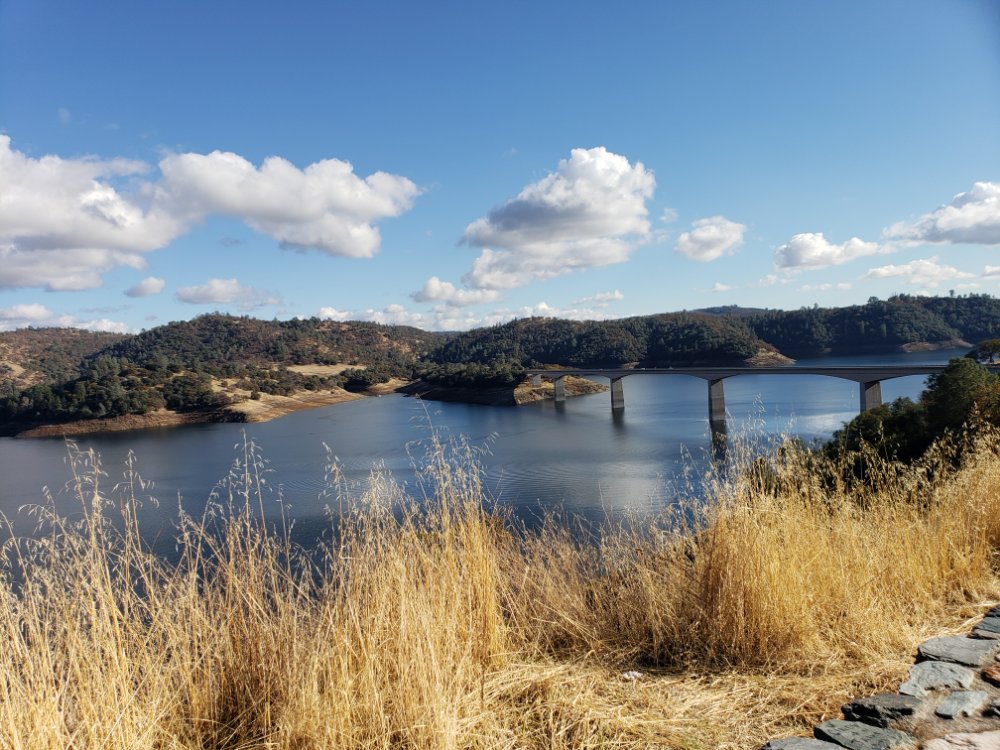 A 1922 replica of the cabin in which Mark Twain wrote The Celebrated Jumping Frog of Calaveras County in 1864 is across the lake in Tuolume County.

We visited Campo Seco, an old mining community established in 1849. Gold died out but copper was discovered in 1859 and was mined until 1924. Camp Seco had a diverse population representing 40 ethnic groups. Much of the stone used in the old buildings has an unusual gem color. 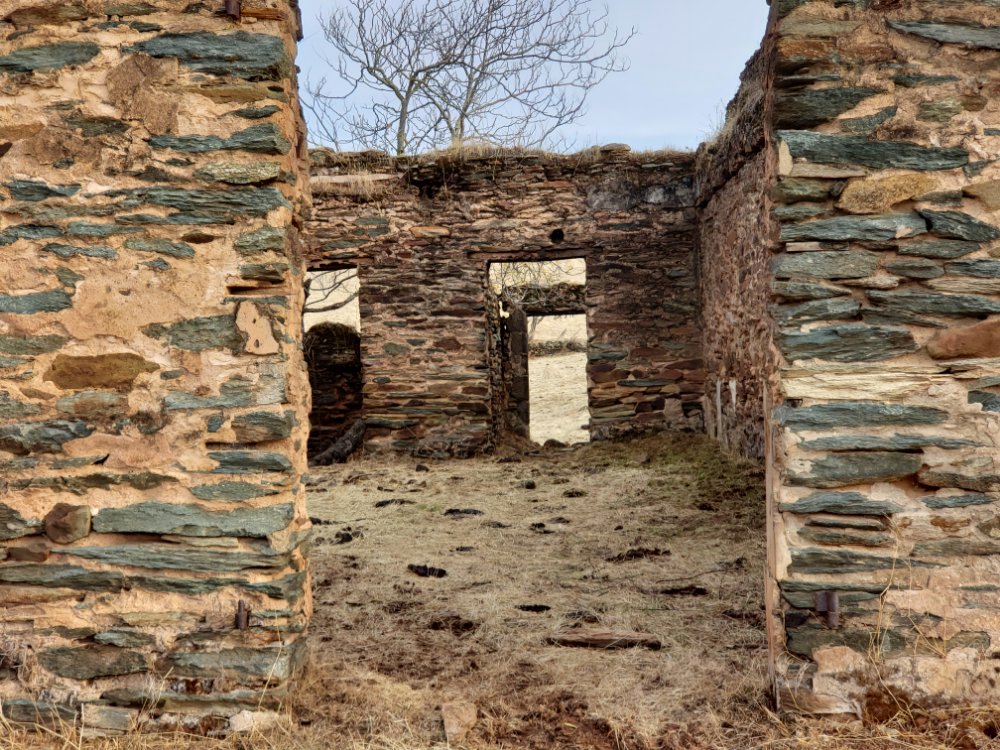 Water is essential to California. The Pardee Reservoir and Dam, built in 1929 on the Mokelumne River which divides Calaveras and Amador counties.

The reservoir provides water to the eastern region of the San Francisco Bay area. This photo is looking almost straight east across the reservoir.