Sailing on the Nile, Luxor, Egypt

The Land of the PHARAOHS 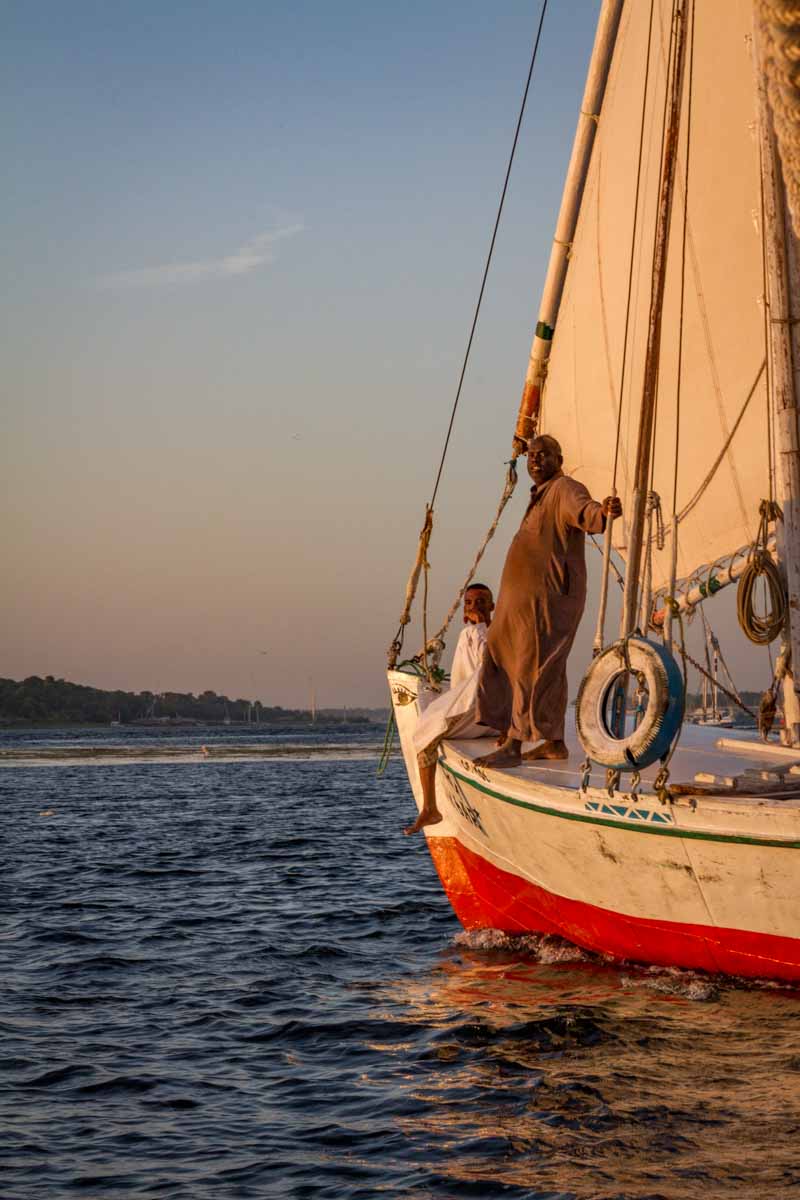 Felucca on the Nile, Near Aswan, Egypt 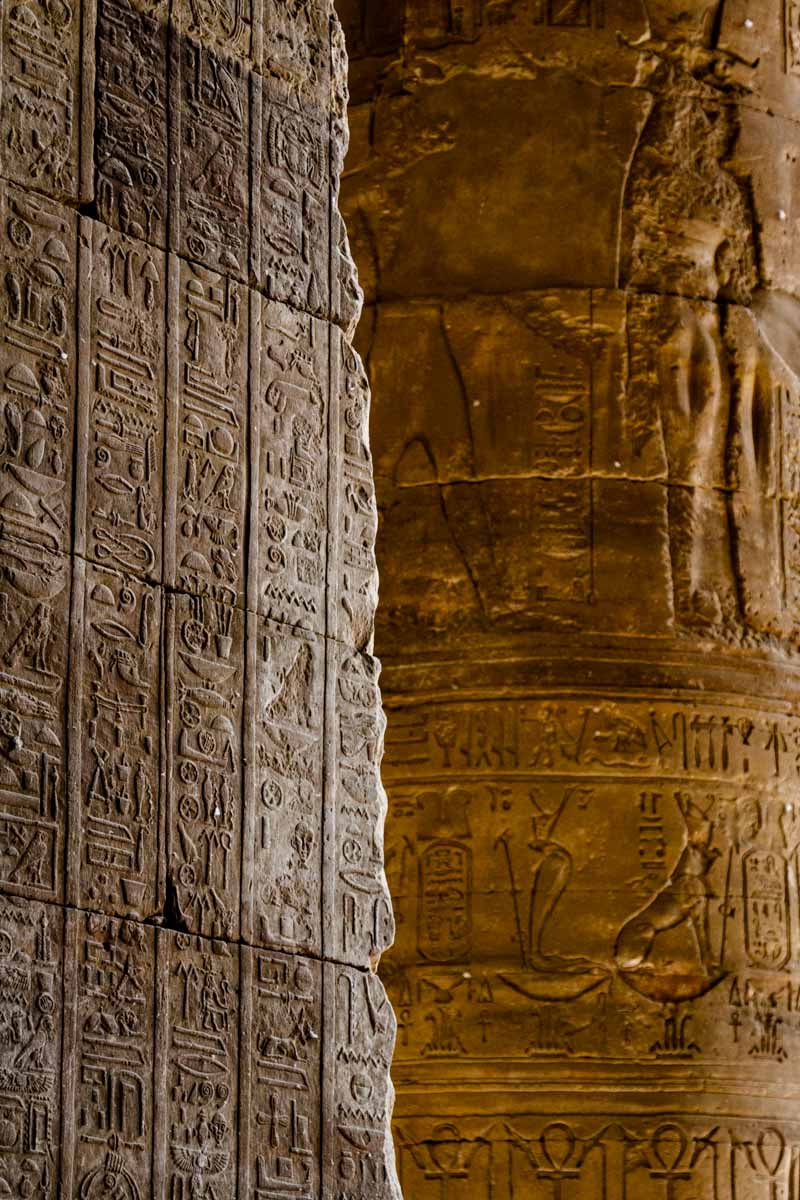 While these shots have been in previous posts, they are among my favorites. The Egypt trip as a whole is one of my top two or three ever.

The Same But Different 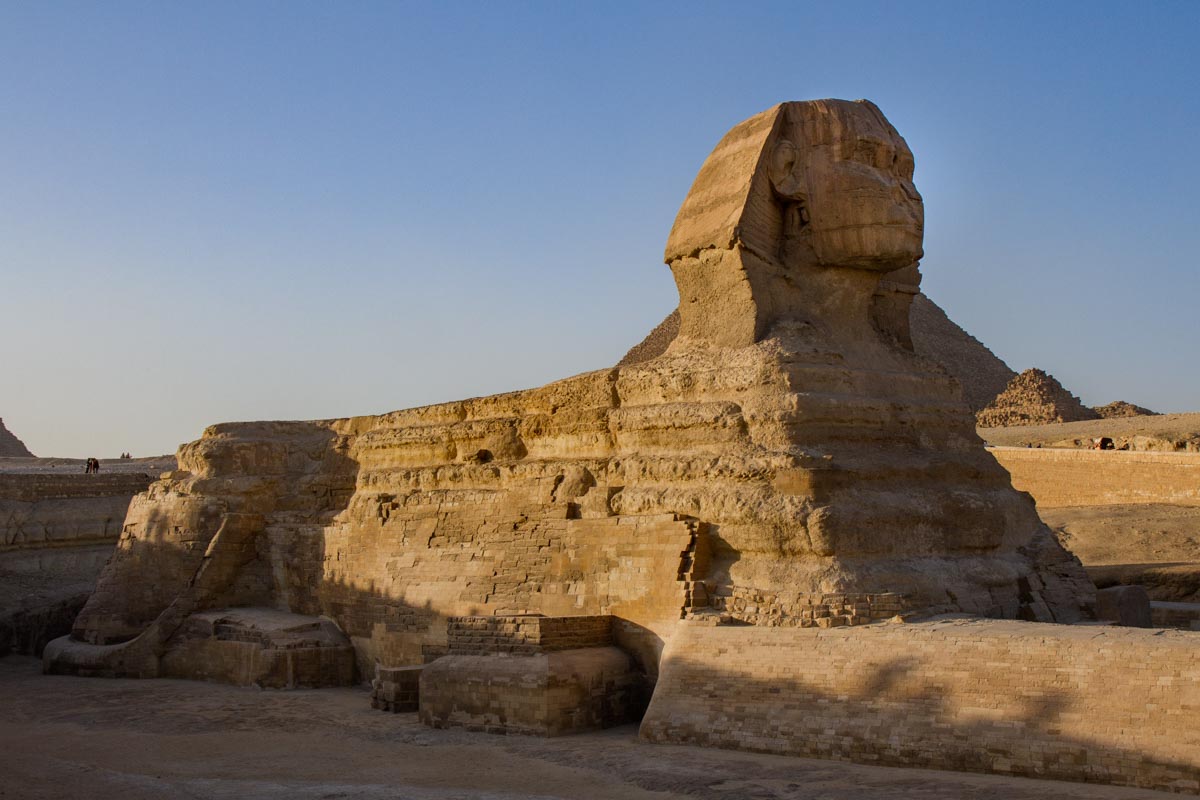 Nothing says power, superiority, importance, command like size. The bigger, the better when it comes to religion, government, or a combination of the two.  Ancient Egypt was one of the first civilizations to demonstration the power represented in size. 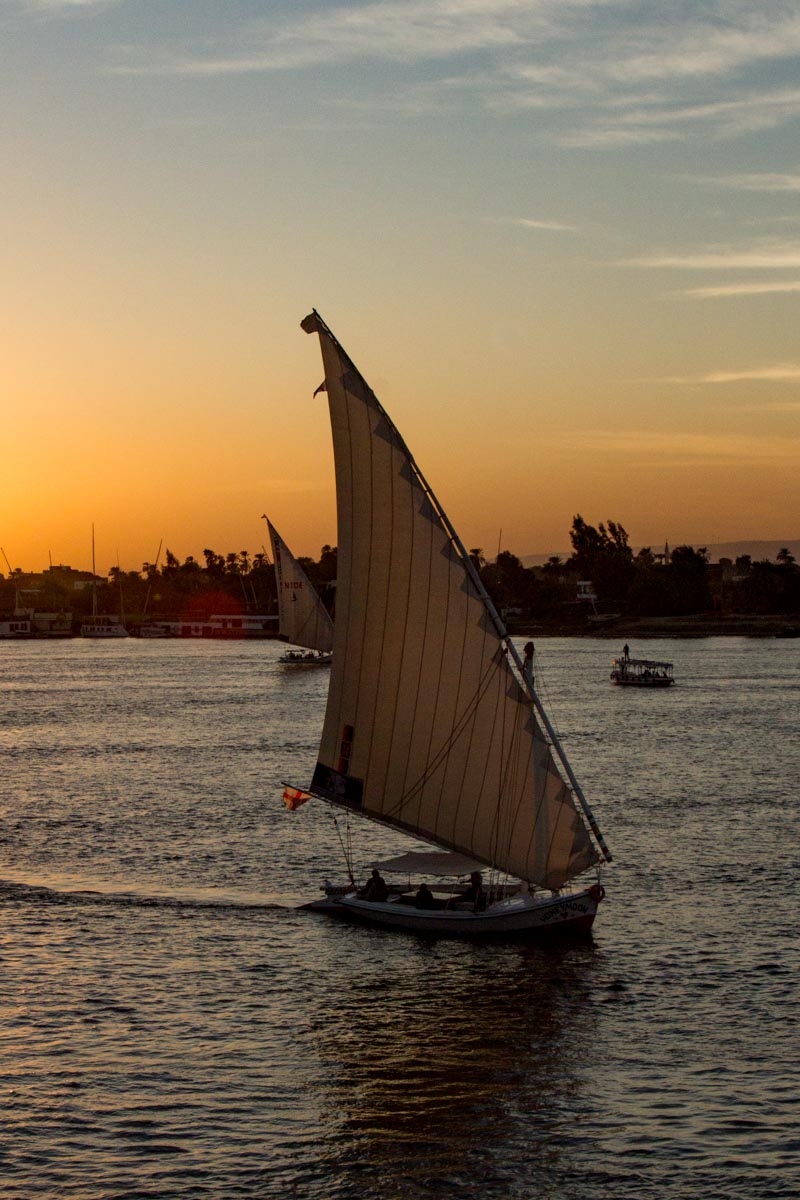 Sunset on the Nile, Luxor, Egypt

One of the things that surprised me most in Egypt was how quiet the Nile River is. Few if any motors or engines, puffed sails, and the countryside passing by while sailing. This shot was taken from my balcony of our small cruise ship while we were docked at Luxor. When I need to go to a calm place, I think about the river.

Avenue of the Sphinxes 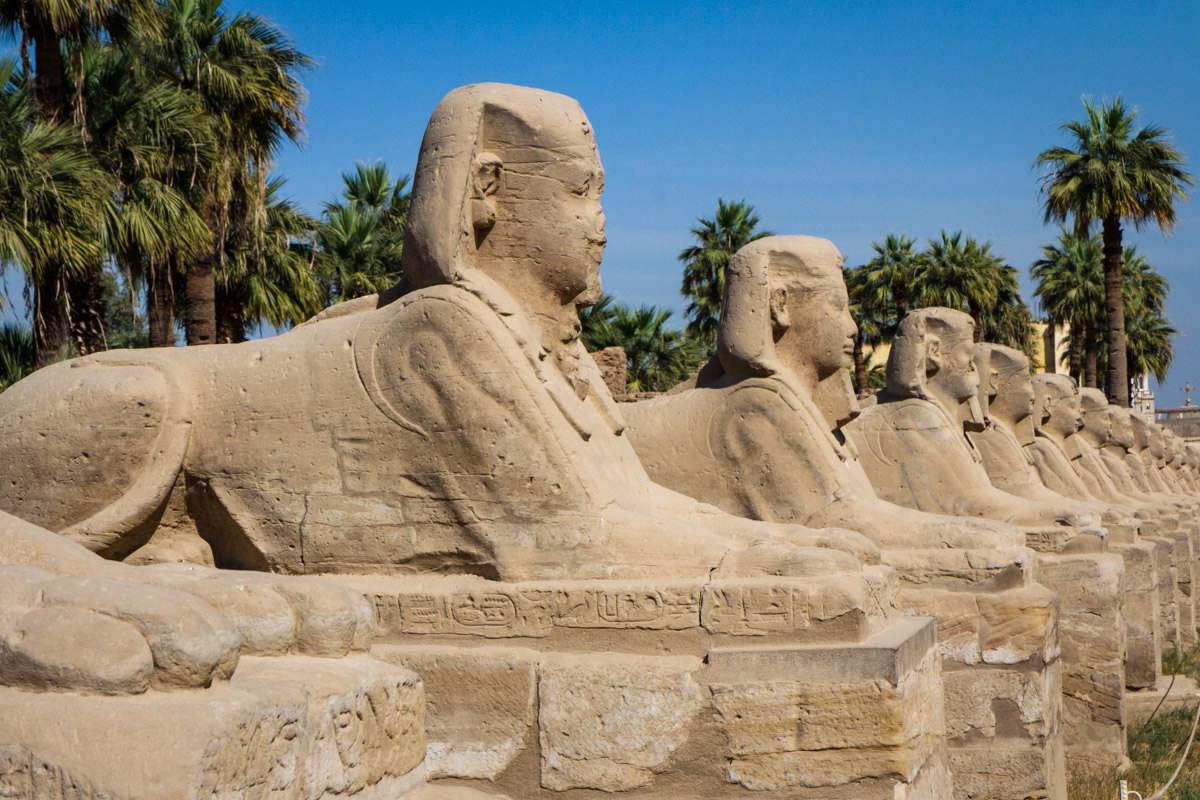 Avenue of the Sphinxes, Luxor, Egypt

An avenue of sandstone sphinxes stretches over 1.5 miles from the Temple of Luxor to the Temple of Karnak. At one time, over 1300 statues lined the road, which was used annually for the Opet Festival honoring the ancient Egyptian god Amun, his wife Mut, and their son Khonsu. The the sacred pathway was used as early as the 15th century BCE.  The pharaoh Nectenabo I (380-362 BCE) built the existing avenue and lined it with sphinxes bearing his name. Most of the sphinxes have human heads, but some earlier statues near Karnak have rams heads. In 2004, the Egyptian government began a massive excavation and restoration project to restore the road and its sphinxes, many of which had deteriorated, been buried in the sand, or used for other projects by the Romans and others.  Large sections of the avenue linking the two temples have been completed.