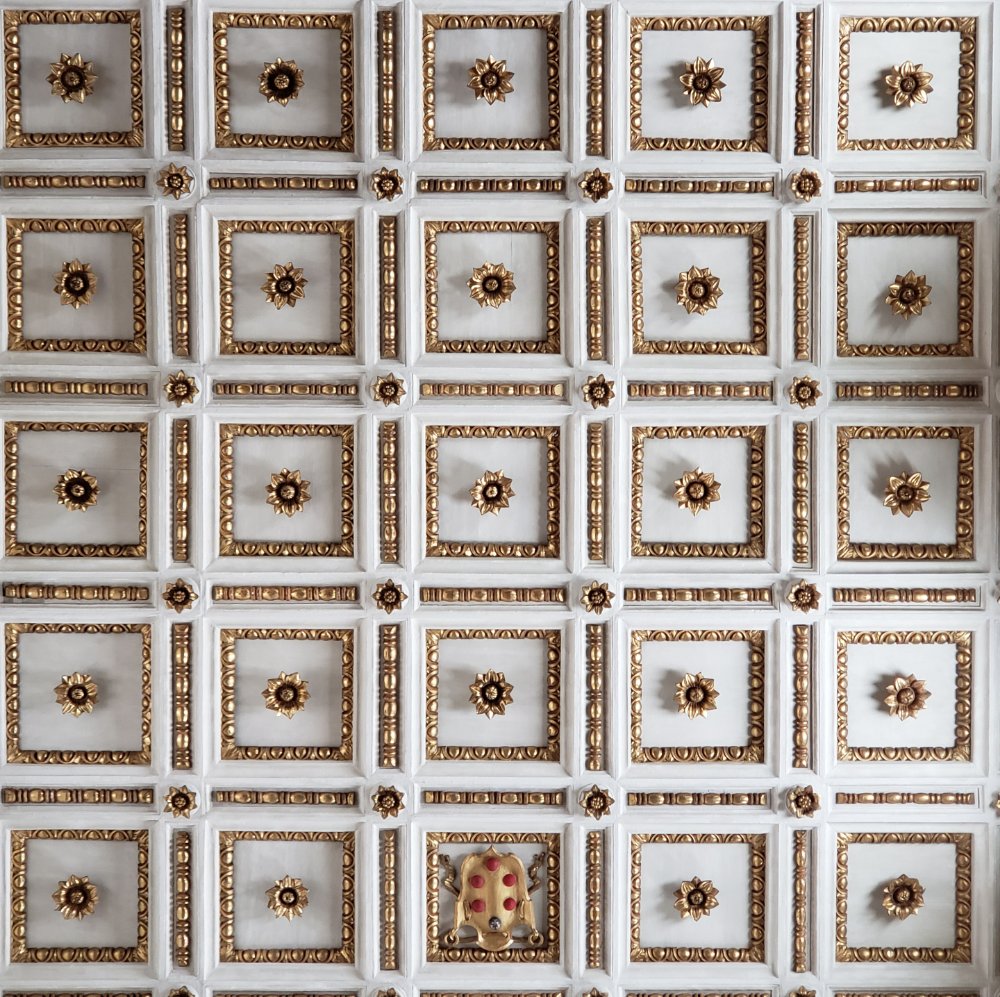 Join Becky from The Life of B for October Squares #27. There are only two rules. The image must be square and must relate to the October theme: lines&squares. 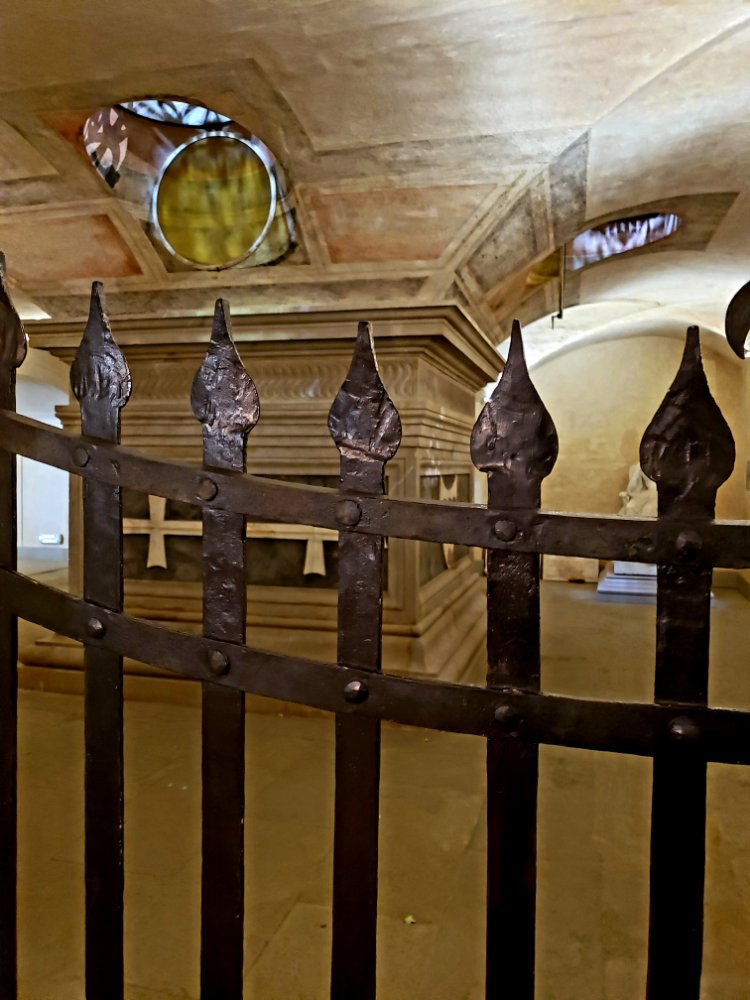 The tomb of Cosimo de’ Medici the Elder located in the crypt below the Basilica of San Lorenzo in Florence, Italy. It is built into a pillar that supports the church. Cosimo’s marble inlaid tombstone is directly above in the church floor. Four grates provide a glimpse of the burial monument below. Designed by Verrochio, 1464-1467. 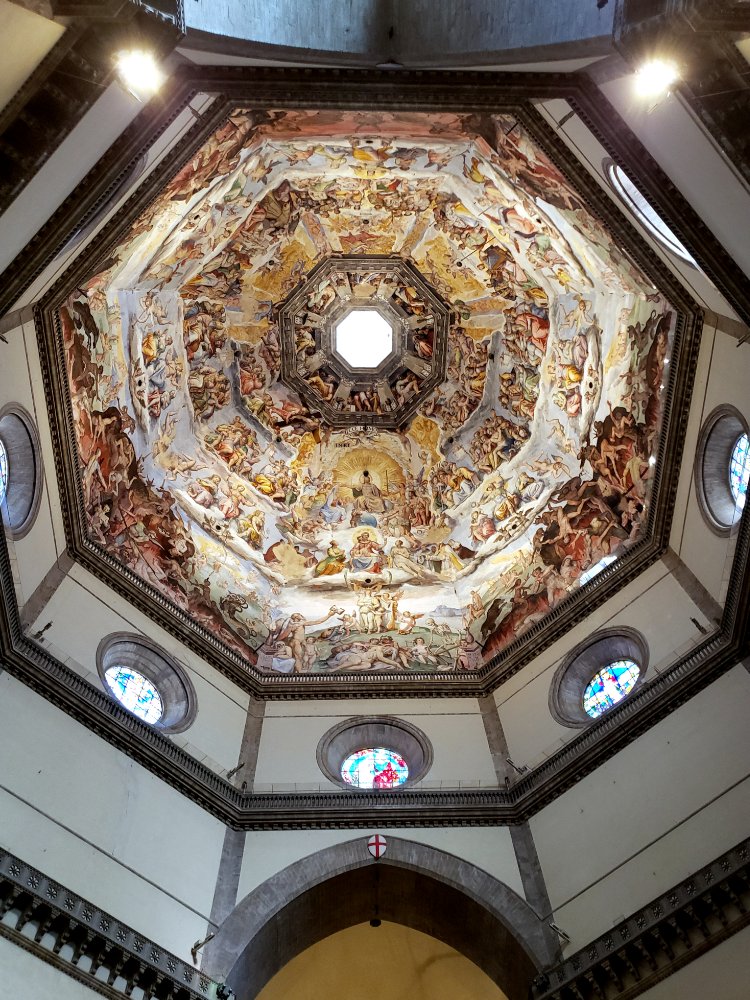 Brunelleschi’s dome for Il Duomo in Florence is the largest masonry dome in the world. Constructed from 1420 to 1434, the dome was the last element added to the cathedral. The dome is self-supporting. It is 45.5 meters in diameter.

The paintings by Vasari and Zucarri, showing The Last Judgement, date from 1572-1579. 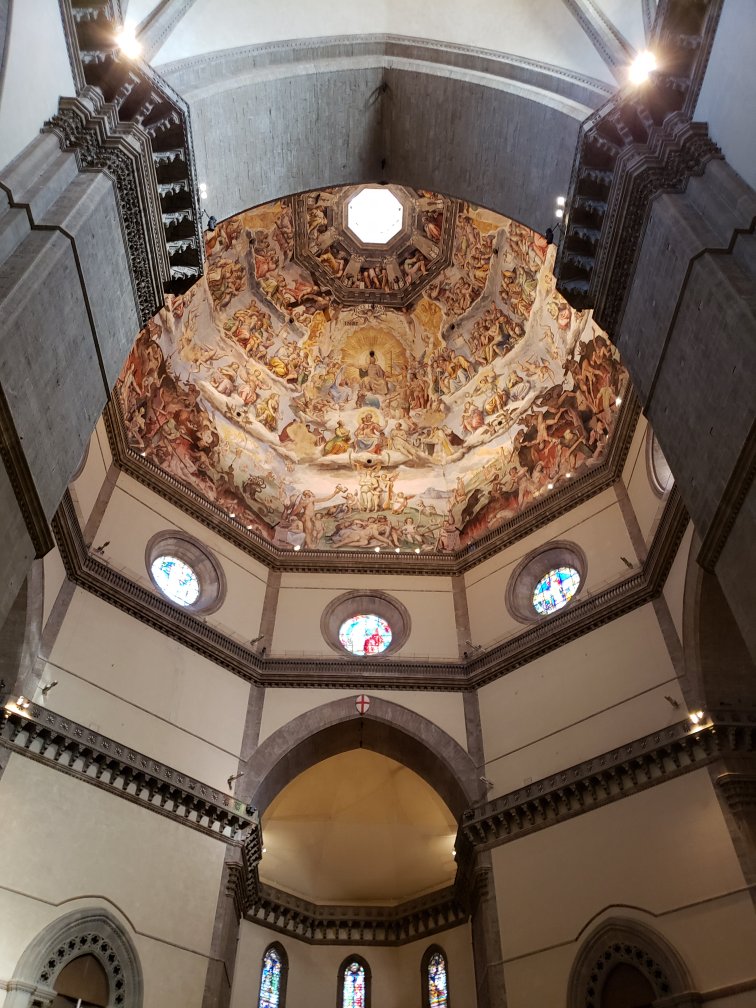 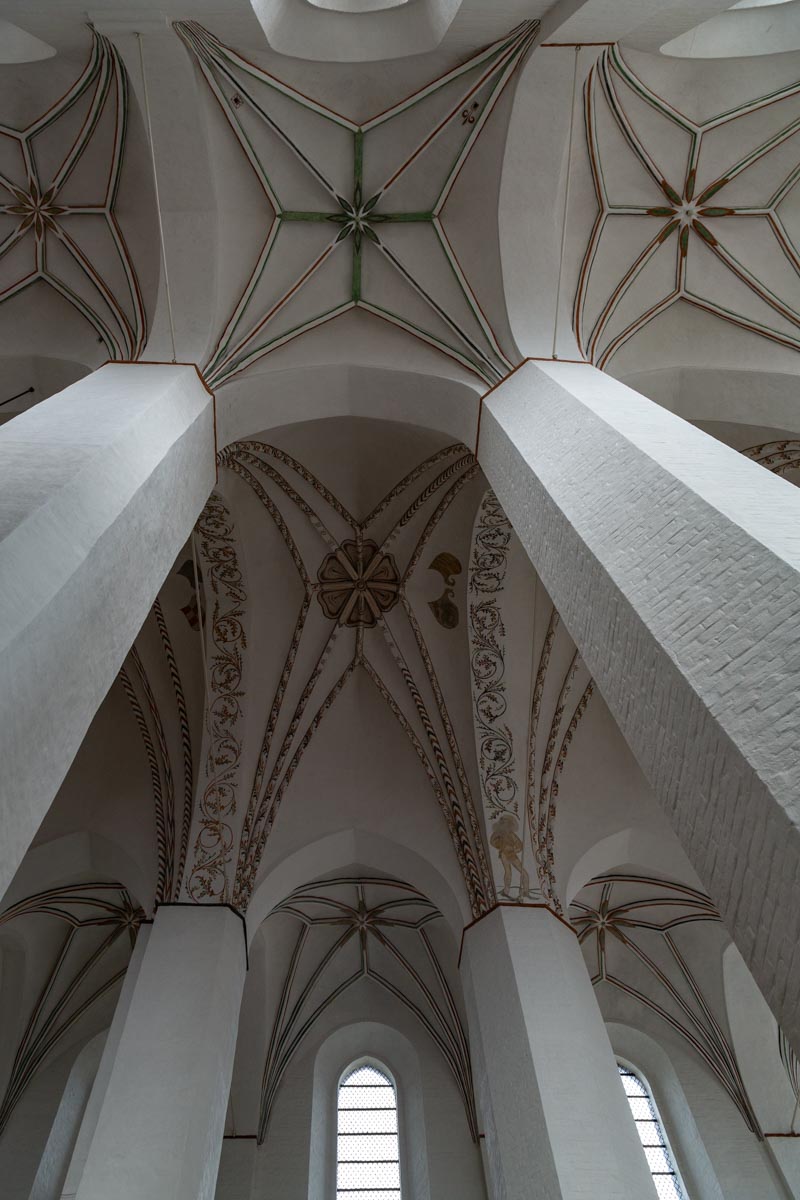 Aarhus Cathedral, as it now exists, was built in the Gothic style between 1449 and 1500. Like the exterior, the columns are made of brick, rather than marble or another stone. Prior to the Reformation, at which time the walls were painted to cover the frescoes, the natural brick might have been exposed. The painting decorating the vaults which the columns support was restored in 1990. 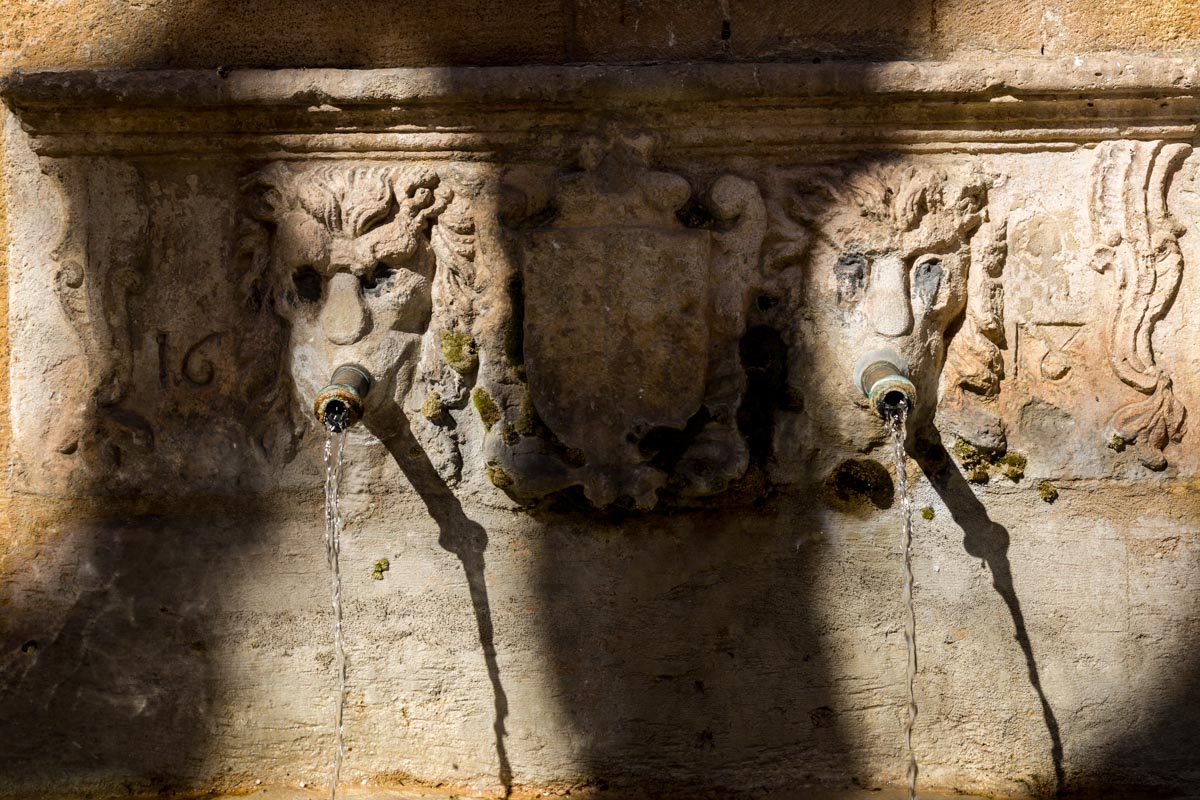 The oldest part of Fountain of Espéluque in Aix.  The original 15th-century fountain, inset into a later support, was moved several times before being installed in the Place de l’Archevêtché by Georges Vallon in 1756. I couldn’t find any information about the 1618 date, which must have been added after the original installation.

Opened in 1443 by Nicolas Rolin and his wife Guigone de Salins, the Hospices of Beaune served as a hospital for the poor until 1971. It is famous for its beautiful roof, its great hall of the poor, and it chapel and altarpiece. The altarpiece is by Roger van der Vyden, and it is now displayed in a climate-controlled space. The hospital was staffed by nuns and included a kitchen and a pharmacy. Statues of the two founders are in the garden. 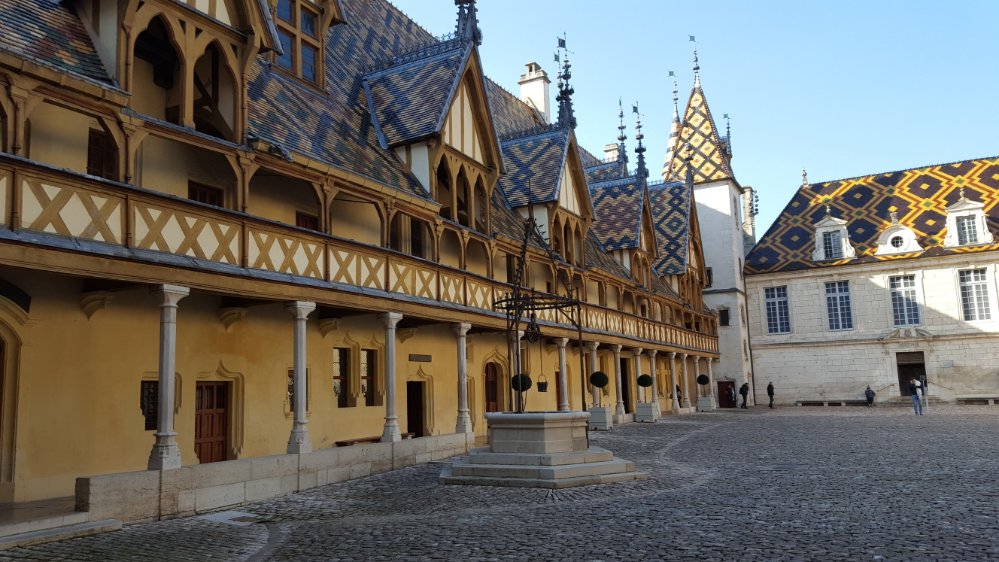 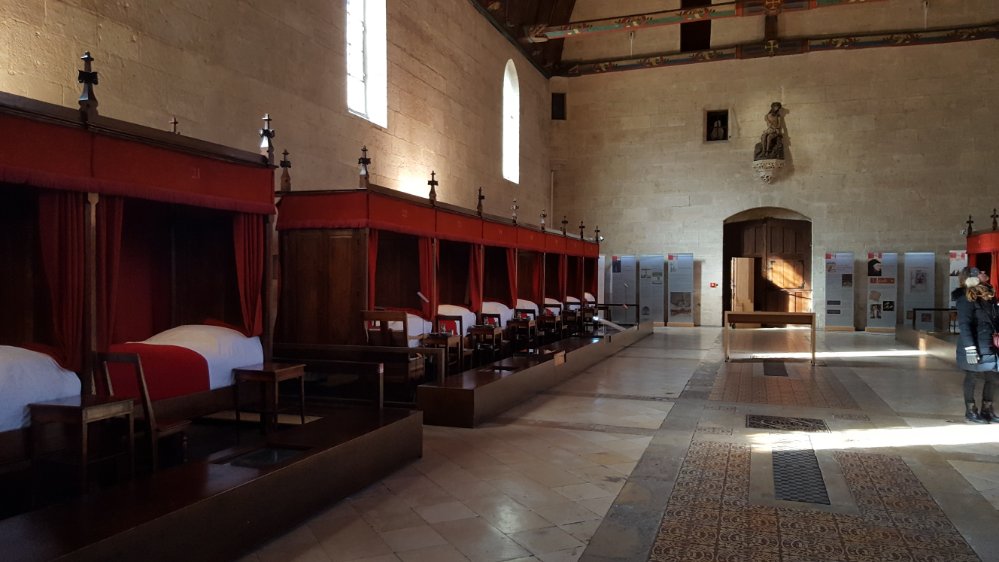 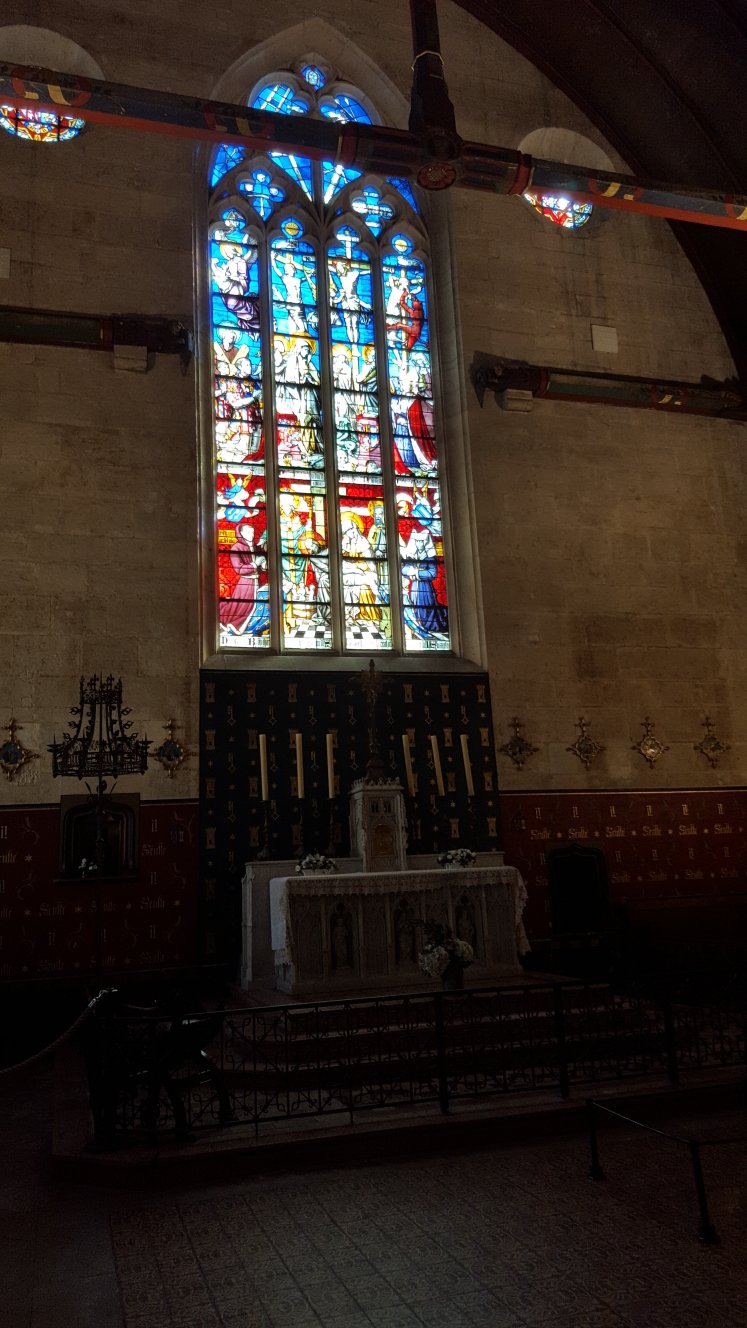 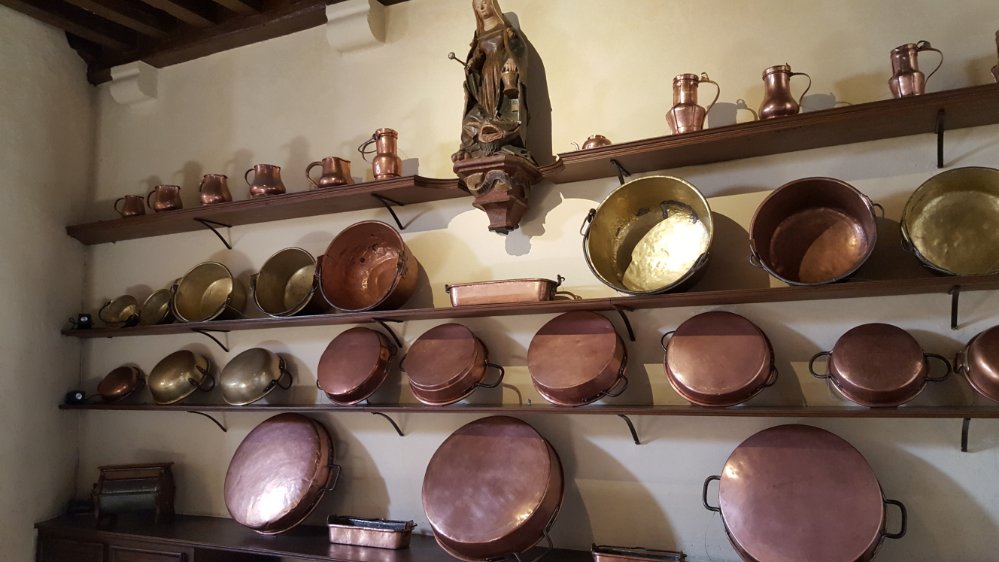 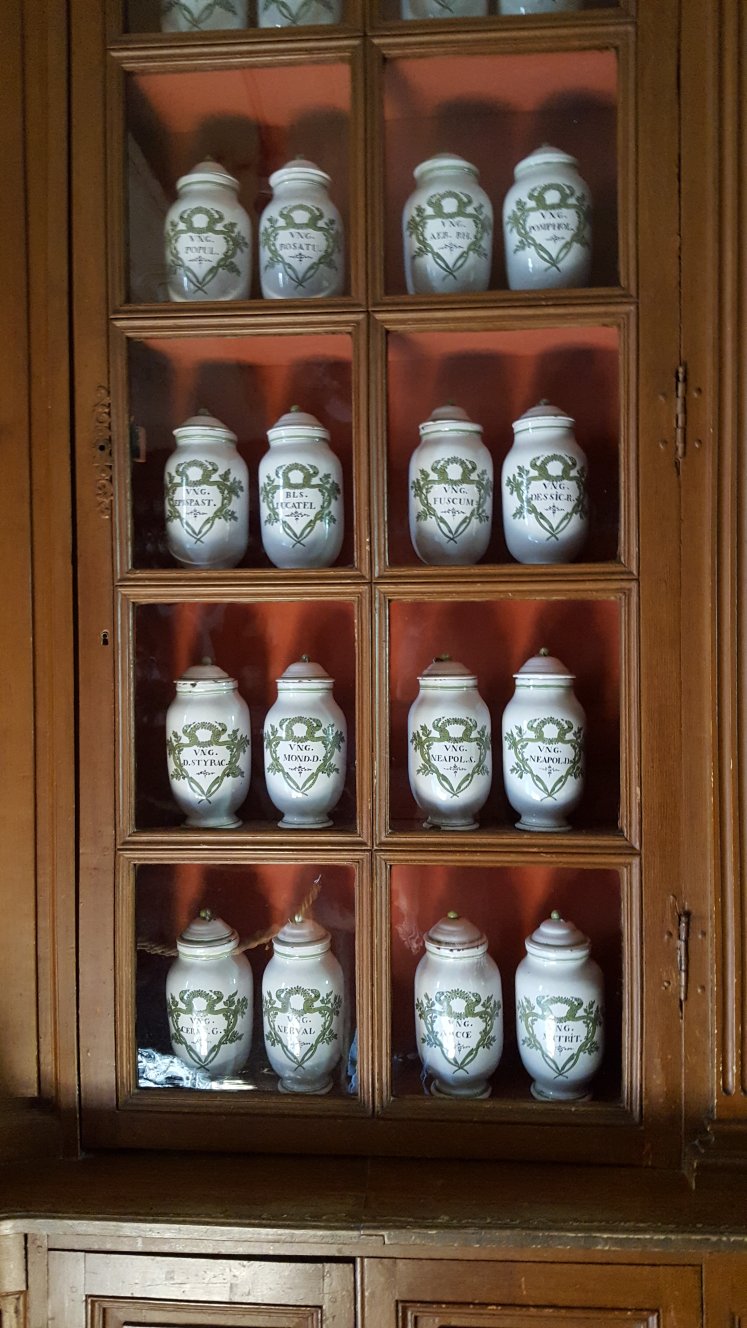 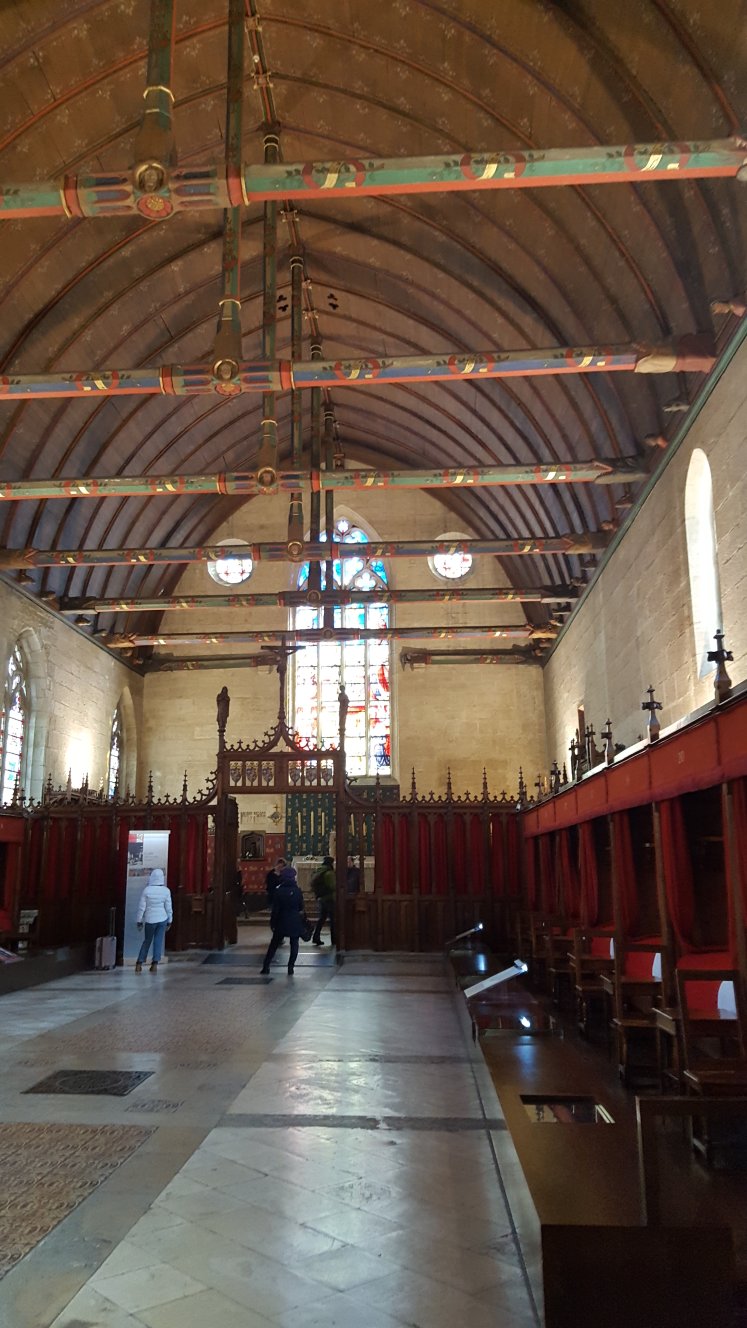 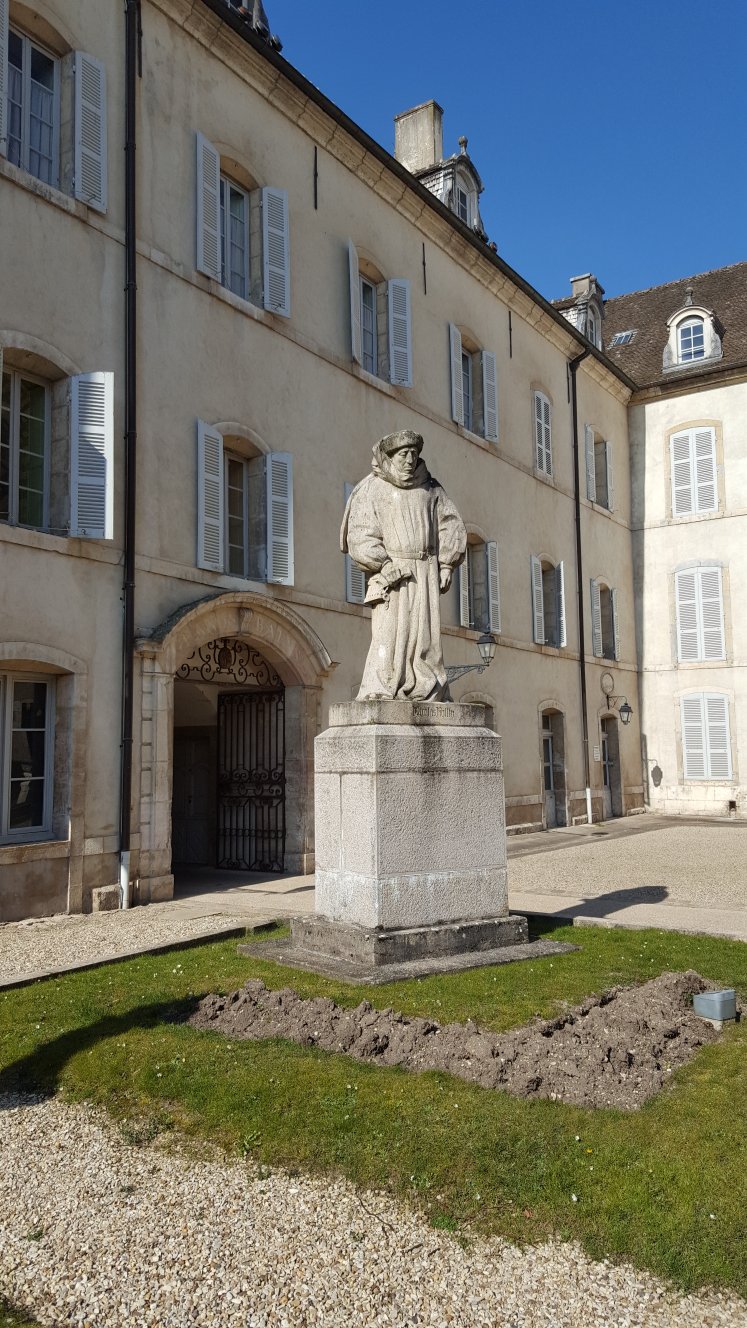 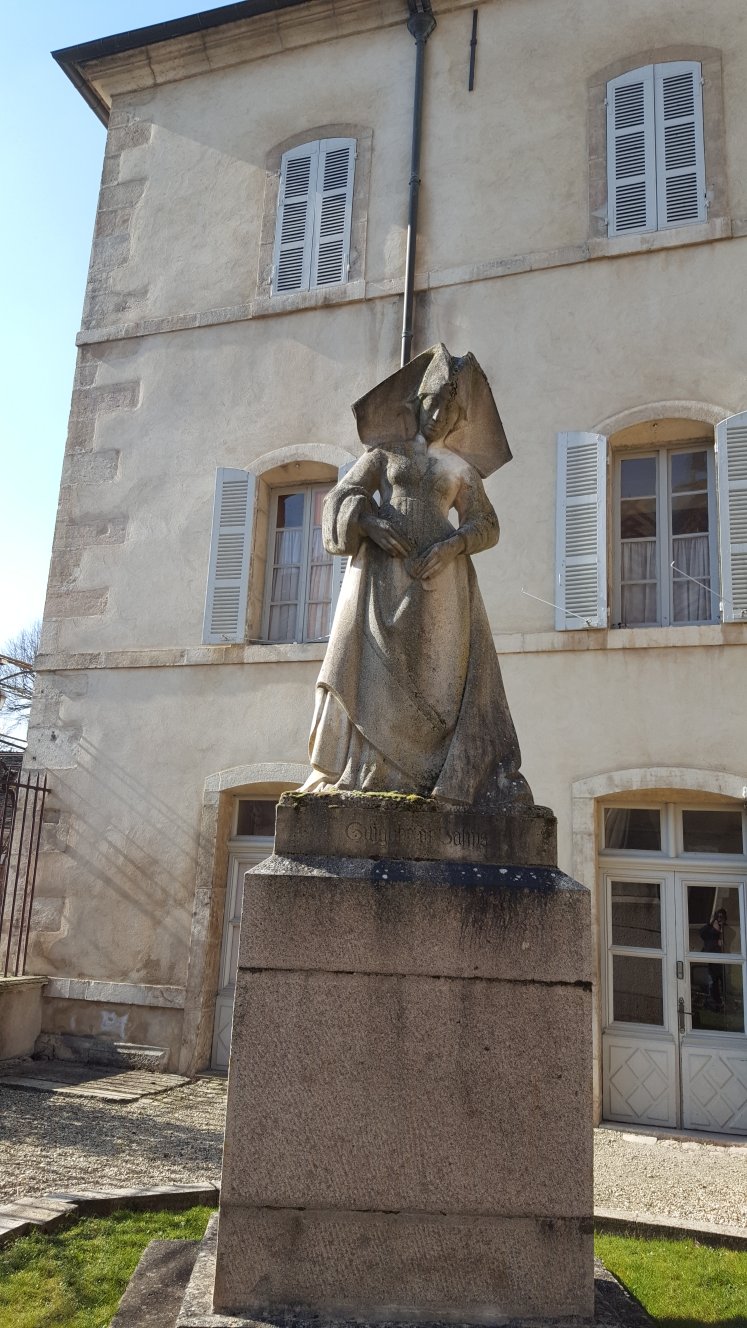