Only one rule, the image must be square. 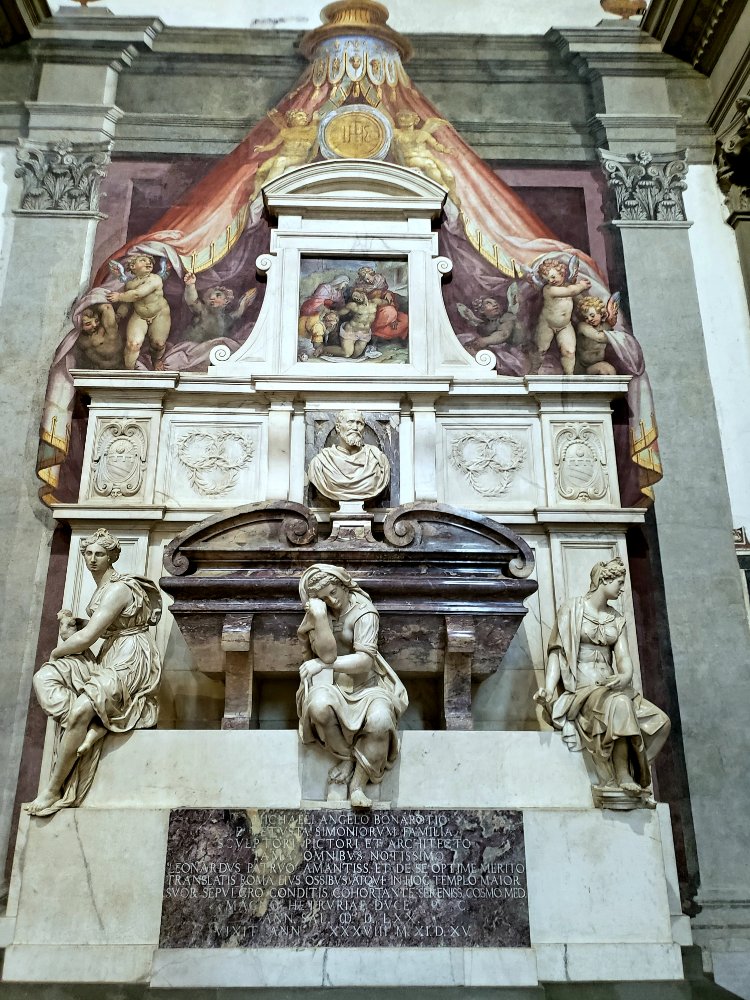 Ceiling of Eleonora of Toledo’s chapel in the Palazzo Vecchio in Florence. It was decorated by Bronzino from 1540 to 1565. Eleonora was the wife of Cosimo I de Medici.

Join Becky from The Life of B for October Sqares #12. There are only two rules. The image must be square and must relate to the October theme: lines&squares.

As some of you may know from old posts, I am non religious but I love old churches and religious art and objects. Three churches have stood out for me in the last two days and all are quite different.

Catholicism played a big role in both the development and the expansion of Portuguese culture. It has only been since the 1970s, and the end of a long term dictatorship, that church and state were finally separated.

I’ll start with my favorite so far.

The Jesuit Church of St. Roch.

Unremarkable on the outside, the mid-16th century Church of St. Roch is an explosion of gold on the inside. While the simple floorplan follows the Jesuit auditorium-church plan, the interior decoration is flamboyant Baroque.

The single nave has a flat wooden ceiling with false domes painted on it. Eight side chapels line the nave. 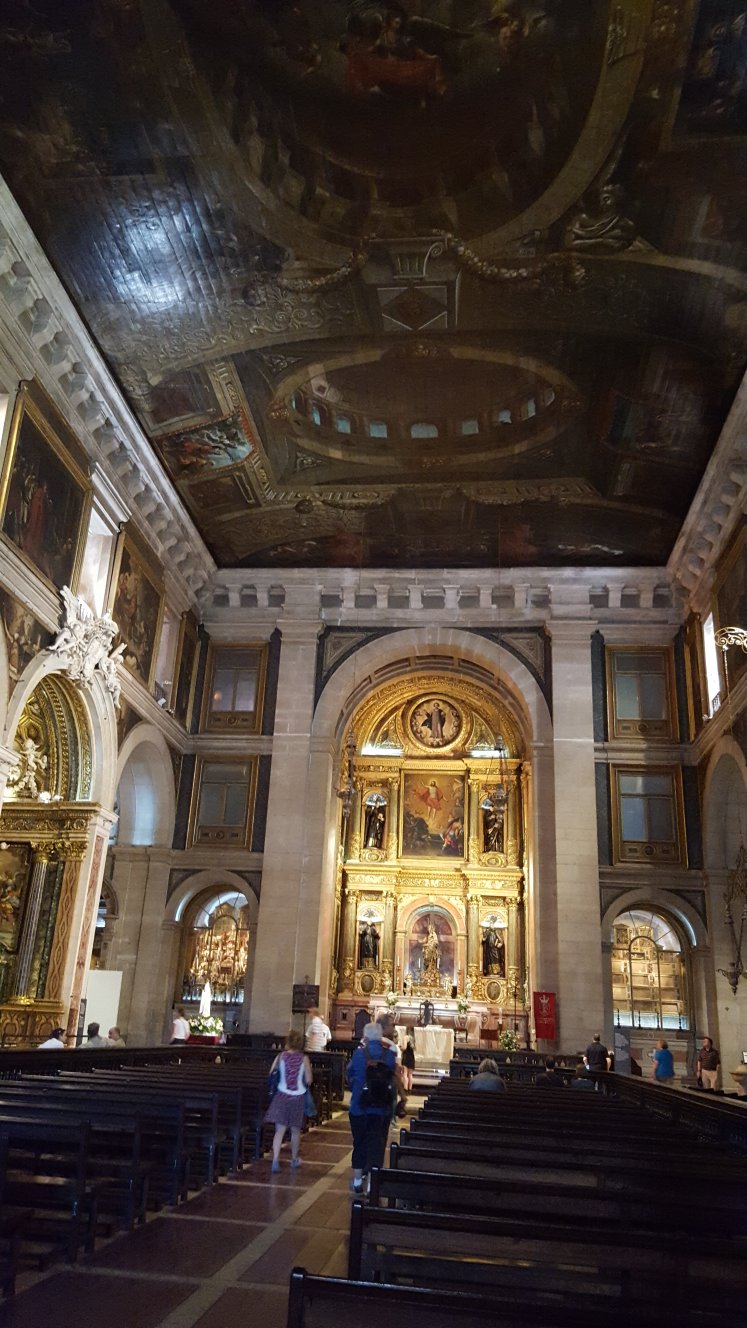 The Chapel of St John the Baptist, ordered by King Juan V in 1540, was constructed in Rome, blessed by the pope, then disassembled and shipped to Lisbon on three ships. It was said to be the most expensive chapel ever built at the time.

The three large paintings are actually micromosaic copies of paintings. The altar frony is lapis lazuli. Most of the altar decorations are gold or gilt silver or bronze.

Many of the valuable or fragile altar good and vestments made for use in the chapel are now housed in the museum adjoining the church.

The other seven side chapels are also splendid, and gold leaf predominates. 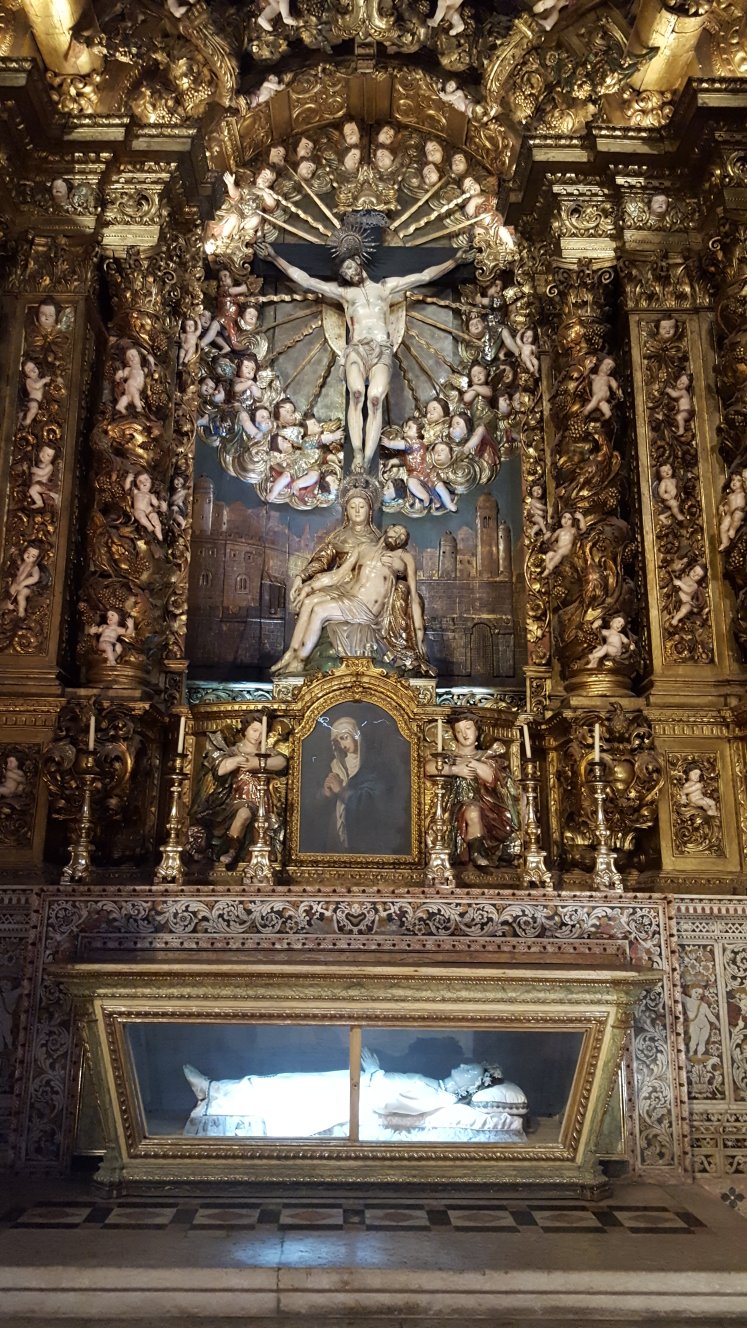 Chapel of Our Lady of Piety.

Chapel of Our Lady of the Doctrine

The origins of Saint-Sauveur date to the 5th century. It has been enlarged, modified, and renovated through the Romanesque, Gothic, Neo-gothic, Renaissance, and Baroque periods. This melding of periods is evident on the facade, though not well captured in this image.

The Nave and the Apse 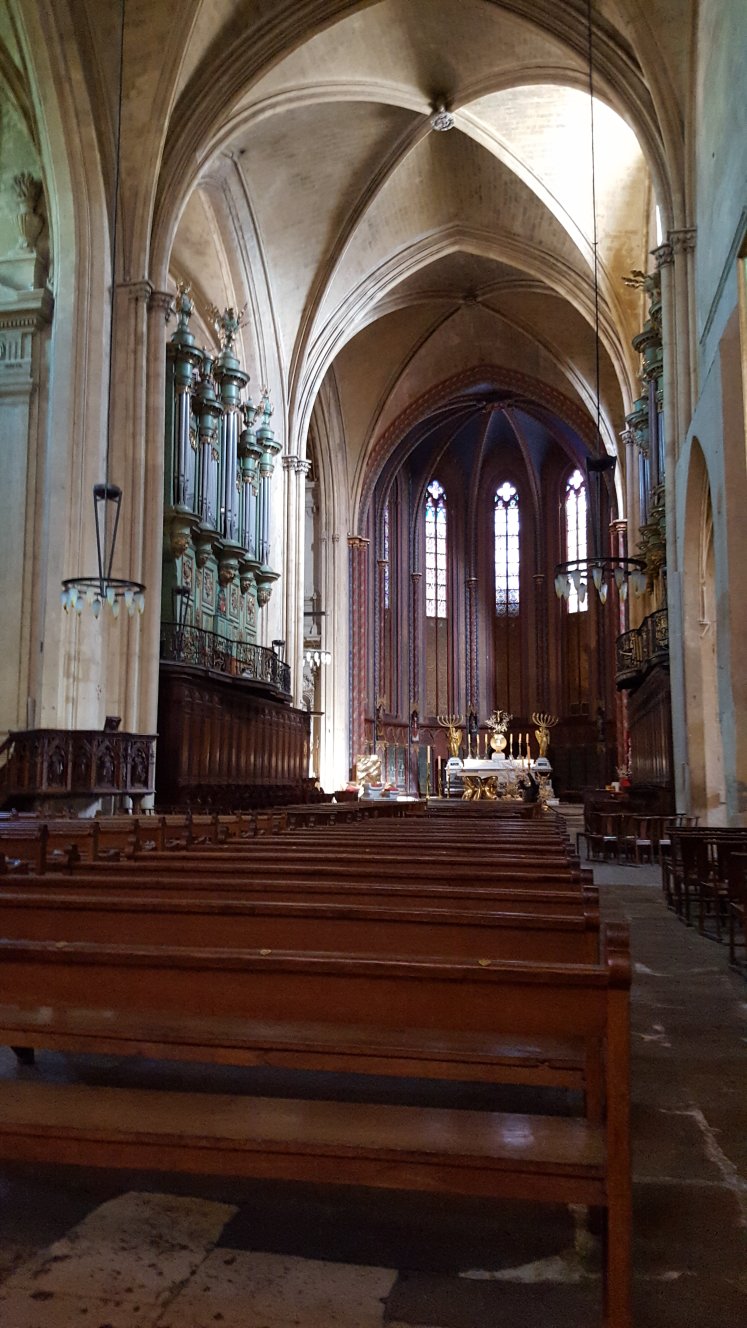 The base of the walls date to the 6th century. The columns are said to be from a Roman temple. The dome is a Renaissance addition. The paintings in the niches depict the seven sacrements. Clergy are buried beneath the floor. 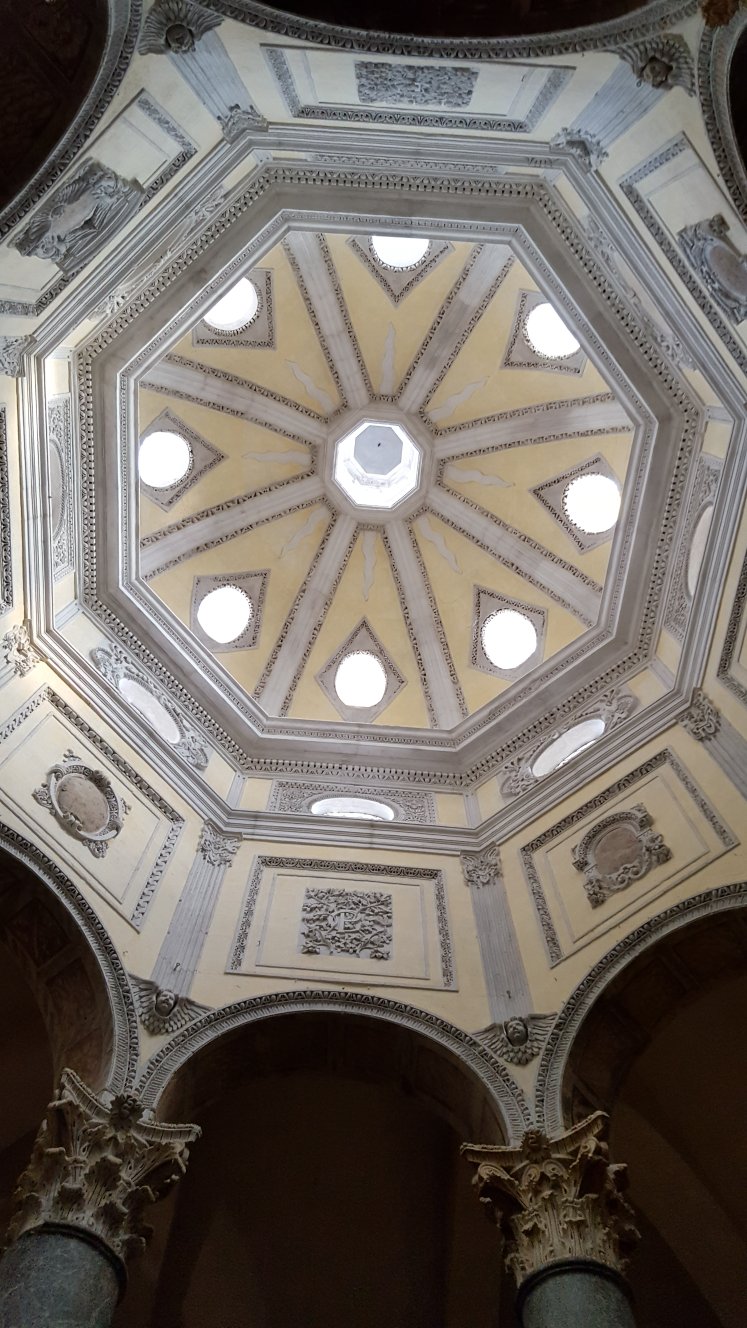 Chapel of the Sacred Heart

Triptych of the Burning Bush, by Nicolas Fromant, 15th Century

Unfortunately, the altarpiece is rarely opened. The outside is still lovely and worth seeing.

The Cloister is open only with a guided tour. The schedule is posted on the door. 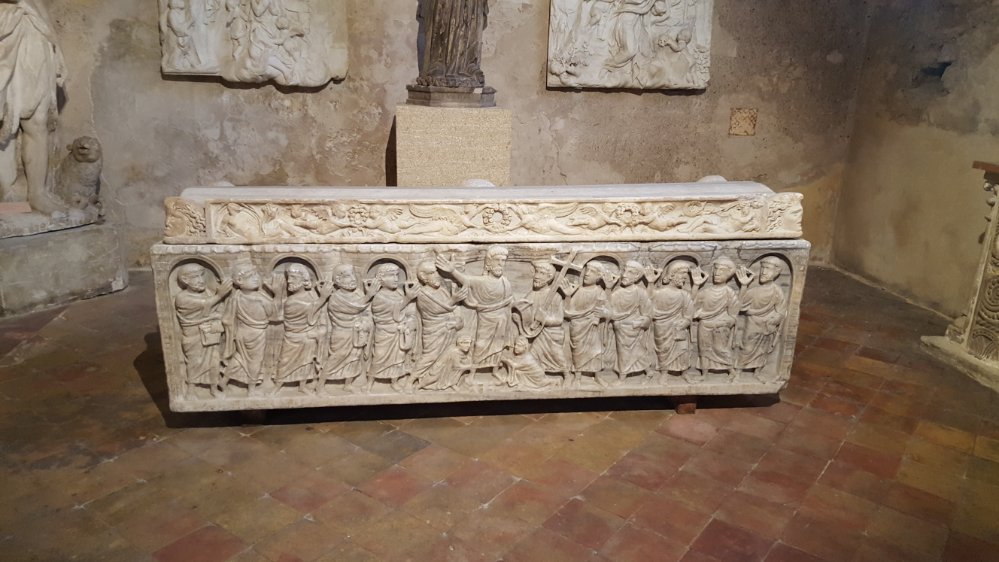 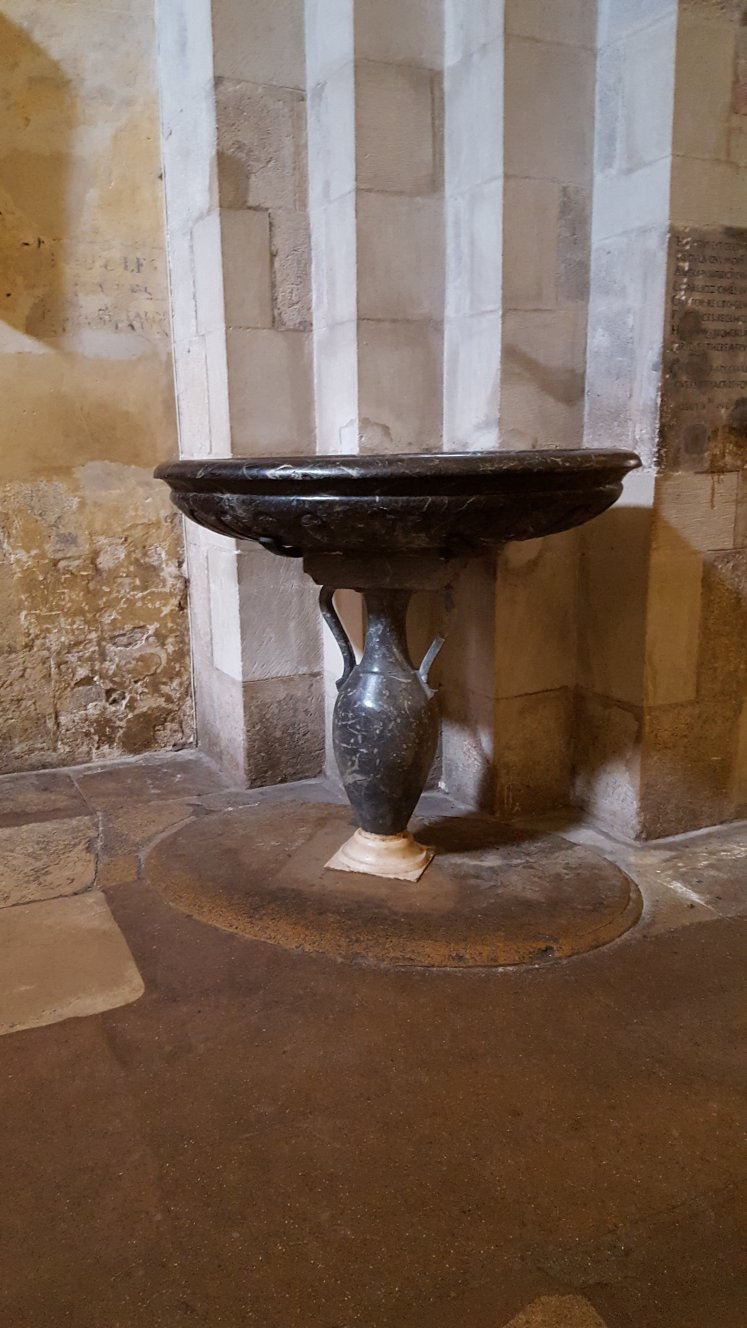