It’s All in the Bricks 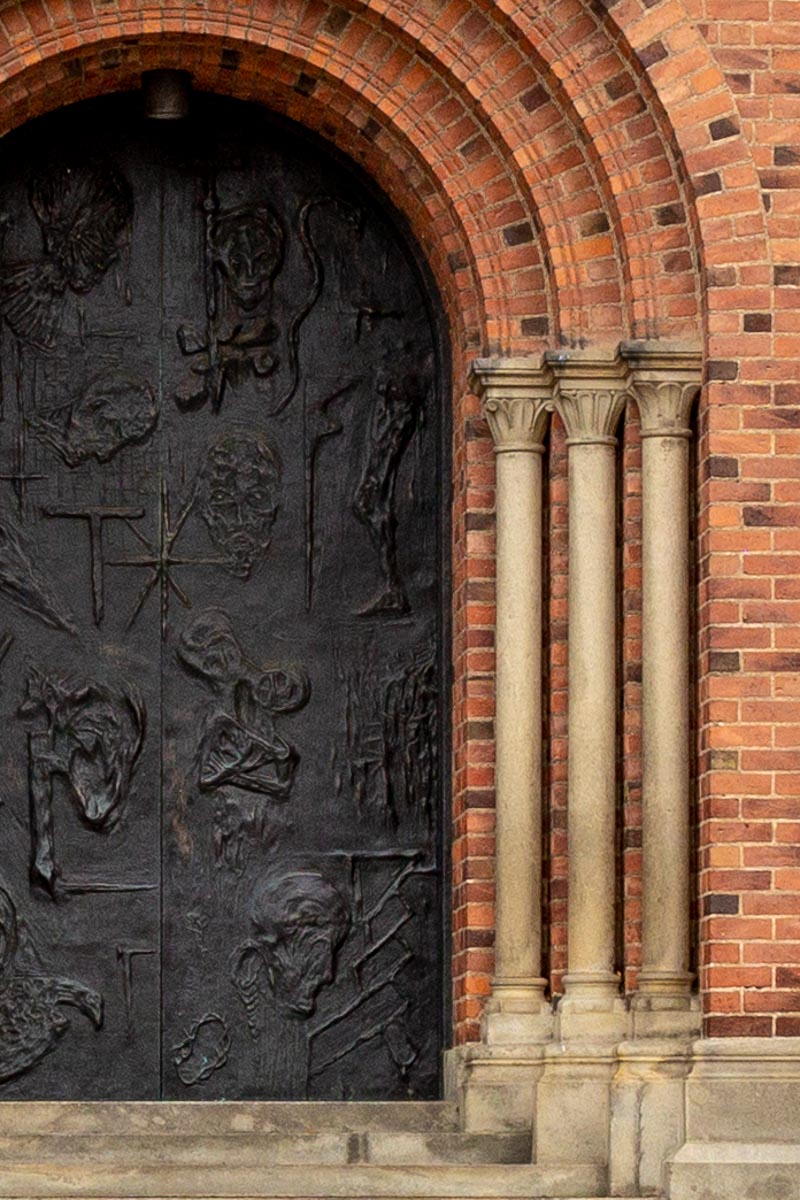 Roskilde Cathedral (Roskilde Domkirke) was the first Gothic cathedral constructed of brick, a style which spread throughout Northern Europe. The building was built in the 12th and 13th centuries. The Cathedral has been the last resting place of Danish monarchs since the 15th century.

Aarhus Cathedral, as it now exists, was built in the Gothic style between 1449 and 1500. Like the exterior, the columns are made of brick, rather than marble or another stone. Prior to the Reformation, at which time the walls were painted to cover the frescoes, the natural brick might have been exposed. The painting decorating the vaults which the columns support was restored in 1990.

Originally a Romanesque basilica, Aarhus Cathedral was started in the last decades of the 12th Century, was partially destroyed by a fire in 1330, and enlarged into its present form as a Gothic cathedral between 1450 and 1520. The outer walls and the chapels along the eastern wall of the transept are the only surviving Romanesque elements. The cathedral is dedicated to St. Clement. It is the longest and tallest church in Denmark.

Join Terri’s Sunday Stills: Texture is all around us

The resting place of Denmark’s kings and queens

I took a short train ride to Roskilde today to visit the Roskilde Cahedral. It is famous because it is the first Gothic church built from brick and it is the burial site of Denmark’s kings and queens.

The original brick church was begun in the 1170s, shortly after brick making was introduced. Several earlier churches had been built on the site.

Until the Reformation in 1563, the cathedral was a Catholic church. It is now the Church of Denmark, which is Lutheran. Most of the frescoes and ornamentation from before 1563 was destroyed or covered.

Some earlier decoration still exists in a few side chapels, which hold sarcophagi and funerary monuments. Ceiling from the Chapel of the Magi, mid 15th-century.

I was amused by the nude woman on the pulpit staircase. Even for the early 17th-century, this seems very risque for Lutherans. Maybe it is Eve, or Salome.

The sarcophagus of Queen Margrete I, dated 1423.

The glass sarcophagus in which the current queen, Margrethe II, will be buried is under this covering. Her husband Prince Henrik, who died last year, refused to be buried in Roskilde because he had never been made king.

I have always admired Protestant churches for something you don’t find in many Gothic Catholic churches: central heating.

Ruins of Brick Wall and Buddha at Polonnaruwa, Sri Lanka 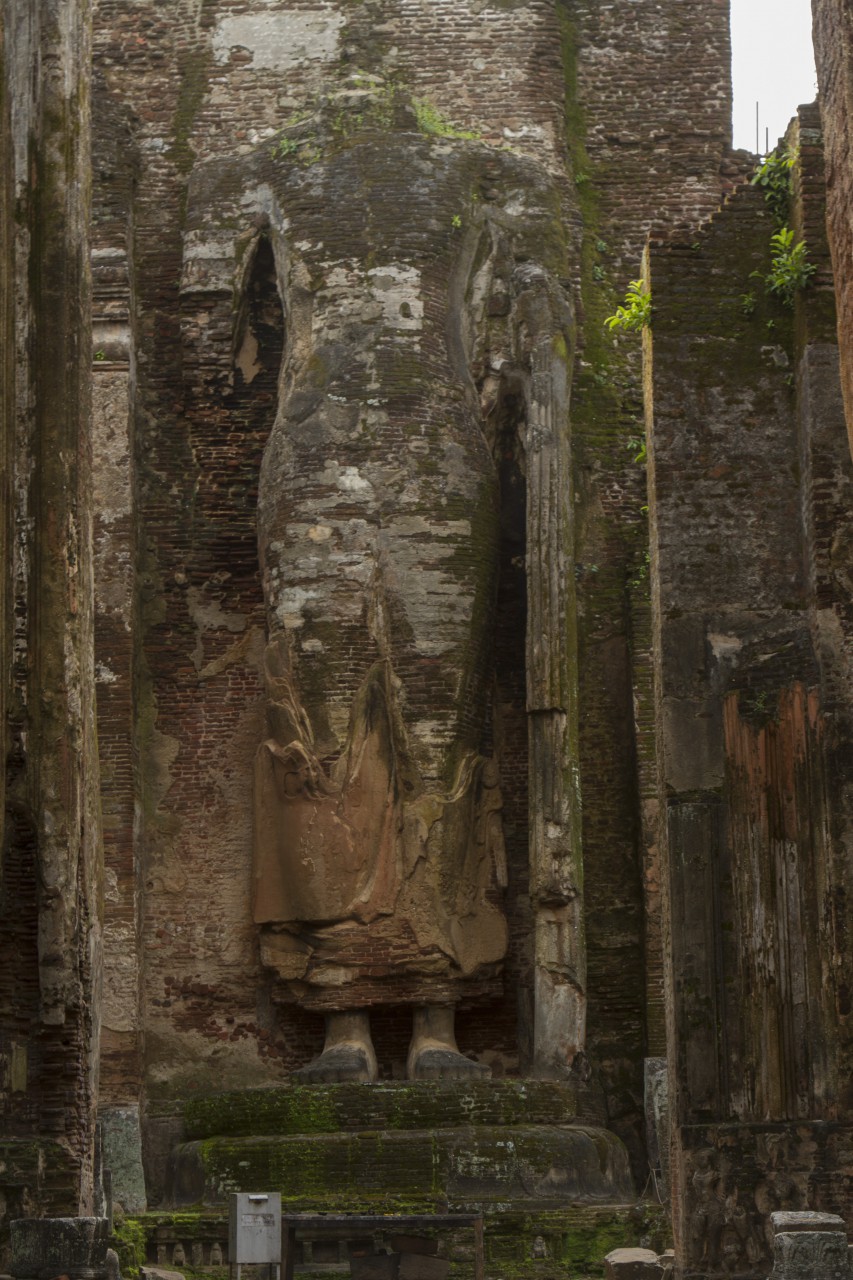 Ruins of standing Buddha on the back wall of a temple at Polonnaruwa, Sri Lanka