Ceiling of Eleonora of Toledo’s chapel in the Palazzo Vecchio in Florence. It was decorated by Bronzino from 1540 to 1565. Eleonora was the wife of Cosimo I de Medici.

Join Becky from The Life of B for October Sqares #15. There are only two rules. The image must be square and must relate to the October theme: lines&squares.

A bit of Portugal for my first square. It seem fitting as a salute to Becky, our host for this challenge, who has a second blog Becky In Portugal

Join Becky from The Life of B for October Squares: Lines and Squares.   There are only two rules. The image must be square and relate to the October theme:  lines&squares.

Roskilde Cathedral is the burial site of Denmark’s kings and Queens. Work on the nave and central structure of the church dates to the 13th century. Over time, as space for burials ran out, chapels were added to the sides of the cathedral. Construction of King Christian IV’s Dutch Renaissance style burial chapel began in 1641 and was completed in 1641. The interior decoration, however, was not added until the 19th century. The starry vaulted ceiling and allegorical paintings were executed by Heirich Eddelien between 1845 and 1852. 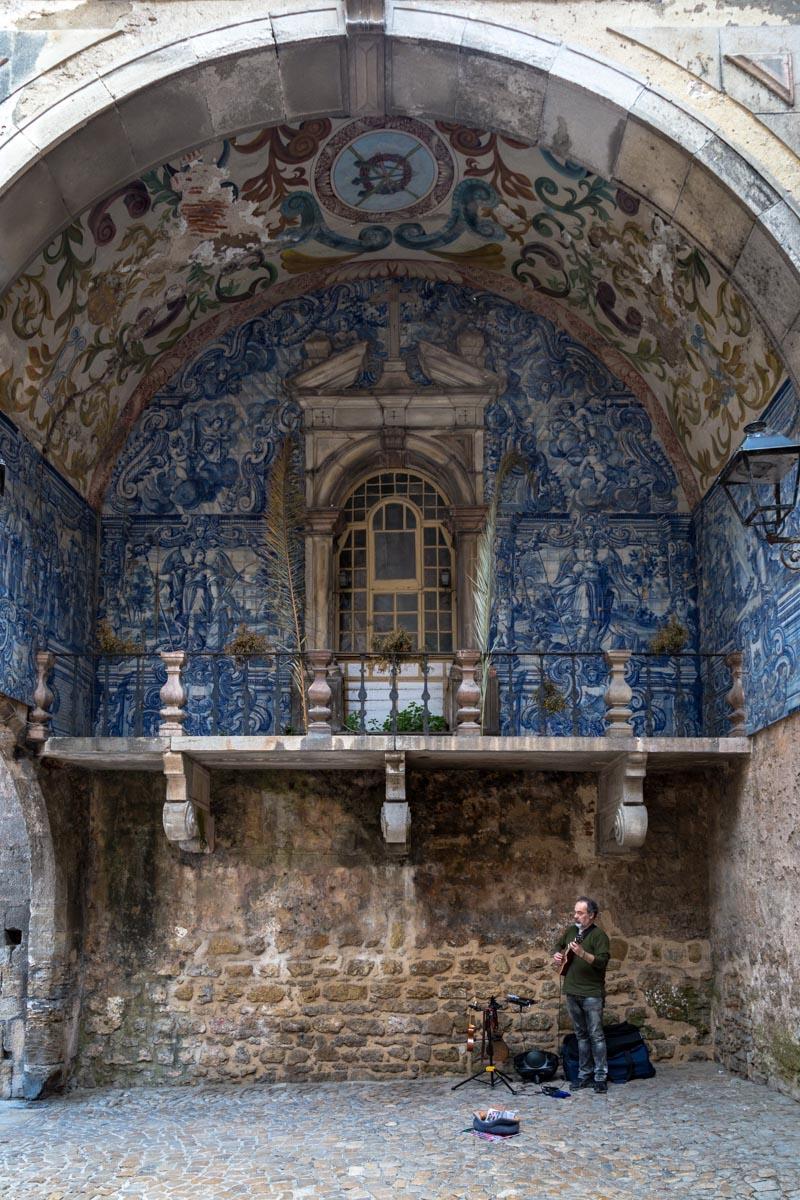 The interior passage of the Porta da Vila, the main gate into the Portuguese walled city of Obidos. The chapel on the balcony is decorated with blue and white 18th century (1740-1740) glazed tiles, called azulejo. The tiles depict the Passion of Christ and the painted ceiling represents the crown of thorns.