When they made them, they broke the mold. 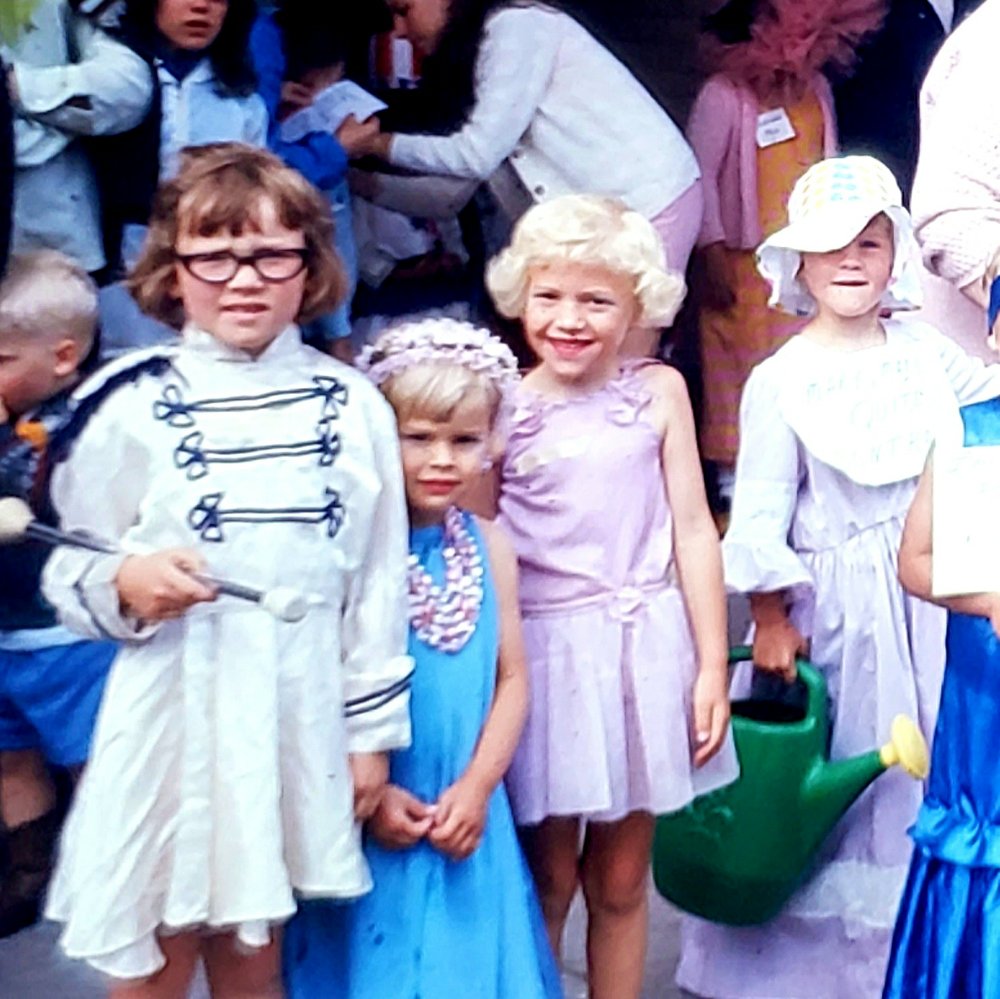 Waiting for the Parade to Start, 1969, J.P.W. Friederichs

One of my pandemic projects has been going through my dad’s slides and getting them ready to send off to be scanned, which I did on Monday. My dad took a lot of pictures of us growing up and looking at them brings back lovely memories. Just what I needed at the moment. I grew up in a small town in northwestern Minnesota, close to the North Dakota border, population about 8.000. Smalltown America in the 1950s and 1960s was not perfect and certainly not the idealized bucolic place to grow up promoted by many people who look to return to a time that never existed. But it was a good place to grow up. Life was slower. There were school and community activities.  Kids could roam the neighborhood or ride their bikes to the city swimming pool in the summer without adult supervision. Candy at the corner store cast a penny. We knew most of our neighbors and the “neighbor ladies” had coffee outside on summer mornings. It was good to get a glimpse of this former life, to restore a bit of faith in humanity.

Every summer, Crookston held an annual festival. In my day, it was called Pioneer Days. Now it was called Ox Cart Days. The Red River Valley (of the North) was famous huge carts pulled by oxen along the route between St. Paul, Minnesota and Canada. At least one summer, they had a kiddie parade as part of the festivities. I think this shot was taken in 1969, based on the age of my two sisters who are in the photo. Our neighbor Christie is on the left, then my sister Karla and my sister Ruth. I’m not sure about the other girl but I think it is one of the neighbors. Dressing up was always a fun way to spend part of a day. I was 15 at the time, much too old and dignified for a kiddie parade. Here’s to those days, my friends, we thought they’d never end.  (The image is not the best. I took a photo of the slide with my phone before I sent it off to be scanned.)