The Land of the PHARAOHS

Felucca on the Nile, Near Aswan, Egypt

While these shots have been in previous posts, they are among my favorites. The Egypt trip as a whole is one of my top two or three ever.

The Flavian Amphitheater, better known as the Colosseum, stands in the heart of ancient Rome. Built by the emperors Vespasian and Titus between 70-80 AD, the amphitheater is 157 ft high. Only a small portion of the original outer wall remains. Ancient sources state that over 9,000 wild animals were killed during the inaugural games in the Colosseum. The venue held between 50,000 and 80,000 spectators depending on its configuration at the time

When The Railroad Passes By 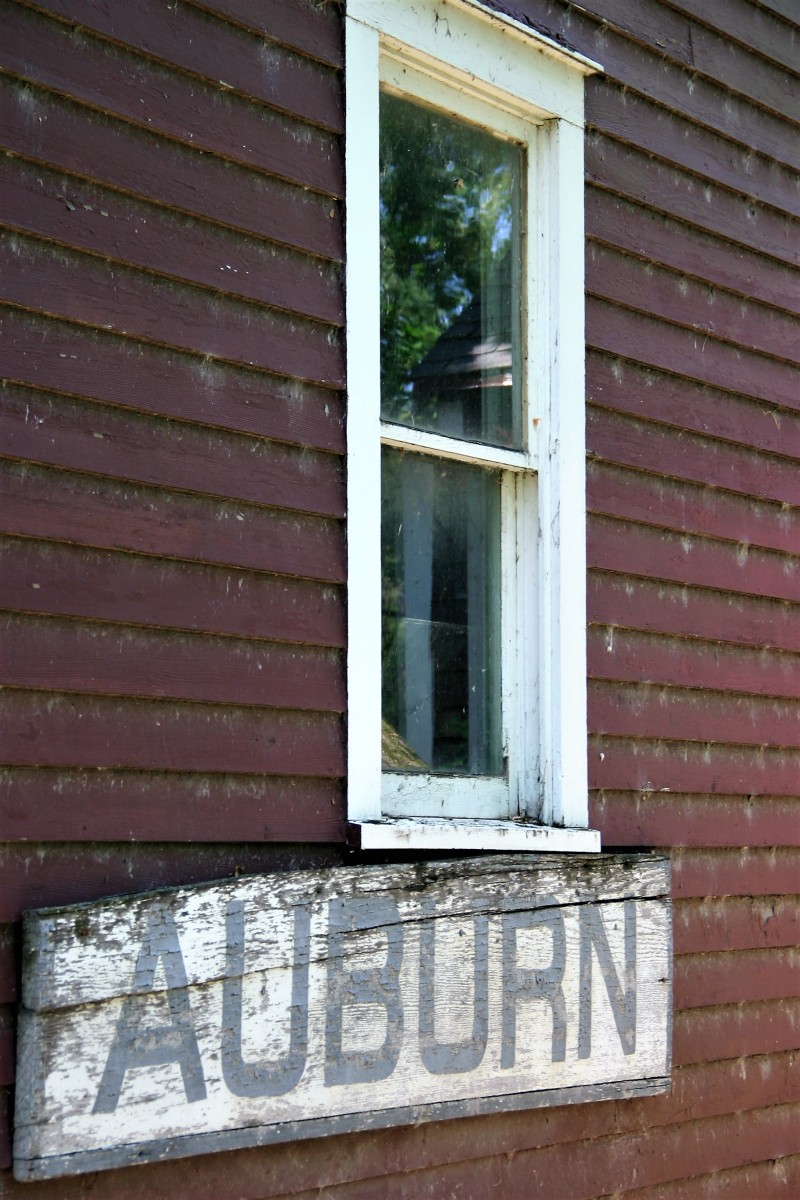 In 1883, a post office was established in Auburn, an unincorporated community in Walsh County, North Dakota. Founded on the windswept prairie in the northeast corner of North Dakota, Auburn is about 40 miles south of the Canadian border. At one time Auburn had two hotels, a hardware store, a general store, seven saloons, a school, a church, a saddle maker, and many other businesses. In the winter of 1888/89, much of the business area was destroyed by fire. With the construction of the railroad, business activity shifted to nearby Grafton, and the town’s population dwindled. The post office remained in operation until 1943.  As of the 2010 census, the population was 48. Ancestors of one of my sisters-in-law helped settle Auburn and farmed in the area. Her family still has a house in Auburn and farm land in the surrounding countryside.

An Ode to Santa Joana Principesa

She began life as a princess in 1452, died as a Dominican nun in 1490, and was beatified two centuries later. Even though she has never been canonized, she is known in Portugal as Santa Joana Principesa, or Princess Saint Joan. More properly, she is the Blessed Joan of Portugal.

Today, the Dominican Convent of Jesus, in which Joana spent her religious life is part of the Museum of Aveiro.  Established in 1458, the convent became state property after the 1834 dissolution of religious orders in Portugal. The contemporary galleries of the museum contain a large collection of religious art, most of which belonged to the Convent of Jesus and other area convents. The convent became a museum in 1911.

Princess Joana of the House of Aziz was the daughter of King Afonso V of Portugal. As a young woman, she longed for the religious life. Because she was a royal princess and in line for the throne, her father and brother refused. They wanted her to marry to establish a political alliance and, if needed, produce an heir. She refused all offers.  In 1472 she entered the Convent of Jesus in Aviero. She lived a life of religious devotion and was admired even during her life; her royal connection added to the prestige of the convent.

Baroque painting from the Life of Santa Joana cycle, by Manuel Ferreira e Sousa, 1729. Joana and other characters are dressed in 18th-century costume while depicting 15h century events.

Portrait of Principesa Santa Joana, 1471. The portrait was painted while Joana served as regent during the absence of her father.

The Dominicans were a cloistered order and what little contact they had with the outside world took place in the Convent Gateway. Goods and messages, and occasionally an infant, were passed through the wheel. Visits with family and siblings took place through a larger screen allowing some visual contact.

Separation took place even during religious services. In the Church of Jesus, the convent’s small church, screens separated the nun’s choir stalls, on both levels of the church, from the nave of the church.

Because of her royal status, however, Joana was allowed to visit court and often became embroiled in palace politics. Even while she lead a religious life, her father and brother continued to try to arrange a marriage for her, including a proposed alliance with Richard III of England.

A revival of interest in Santa Joana occurred in the 18th century.  The Life of Princess Santa Joana painting cycle, on the side walls of the Baroque Church of Jesus, is signed by the Portuguese artist Manuel Ferreira e Sousa. The paintings date to 1729.

Azulejo tiles, Scene of Santa Joana arriving at the convent, Church of Jesus

Constant expansion and improvements to the Convent in the 15th, 16th, and 17th centuries hide most of the Gothic origins of the complex.

Church of Jesus in the Dominican Convent of Jesus

Joana died in 1490 at the young age of 38. Some sources say she was poisoned by an vindictive woman at court while on a visit. In 1734 a room at the Convent was decorated with gilded wood framing paintings of her life, including a scene of her death. The cross she is said to have been holding when she died is displayed adjacent to the painting.

Cross said to have been held by Joana at her death

Before Joana died, she asked to be buried in a simple way, and her wish was granted. After her beatification in 1693, however, permission was given to created an ornate, inlaid Italian marble tomb. The lower choir stalls area, converted to hold the tomb, was also decorated with inlaid marble, stone, and gilded wood. The project took 11 years to complete. The screen separating the lower choir stalls from the main body of the church was retained. Santa Joana tomb was and is a pilgrimage site for those who look to Santa Joana.

From the information I have found, there is no specific miracle, incident or action that resulted in the veneration of Santa Joana. She was admired for her resistance to marrying, for her service to her religious community, and for her humility. The fact she was royalty must have also played a role. Veneration of Santa Joana continues today. The City of Aveiro marks May 12, the anniversary of her death, as municipal public holiday.

For King Erik the Mad

The King’s costume from Erik XIV by August Strindberg. The 1974 Kaspar Rostrup production was staged at The Royal Theater in Copenhagen, with costumes designed by Lars Juhl and hand woven by Else Duch. Several of the costumes are currently displayed on the stage of The Theater Museum at the Court Theater, Christiansborg Palace, Copenhagen, Denmark.

Eric XIV was King of Sweden from 1560 until he was deposed in 1568. Early in his reign he showed signs of mental instability and eventually became insane. After being deposed, he was imprisoned and possibly murdered. A  1959 examination of his remains showed he may have died of arsenic poisoning.

Join Lens-Artist’s Photo Challenge 18: Blending In or Standing Out