Construction of the Crystal Cathedral (now Christ Cathedral) in Garden Grove, California began in 1977 and was completed in 1980 at a cost of $18 million. The 18-story, 236-foot Crean Tower was added in 1990. It is often called the Prayer Spire but is actually a bell tower and carillon. The Arvella Schuller Carillon is 52 bells, weighing 50 pounds to 2 tons, each sounding a different note. The carillon resides near the top of the tower and the bells range from 6 inches to 6 feet in size. Founded in 1955 by Robert H. Schuller, Crystal Cathedral Ministries filed for bankruptcy in October 2010; in February 2012 the building and its adjacent campus was sold to the Roman Catholic Diocese of Orange for use as the diocese’s new cathedral. 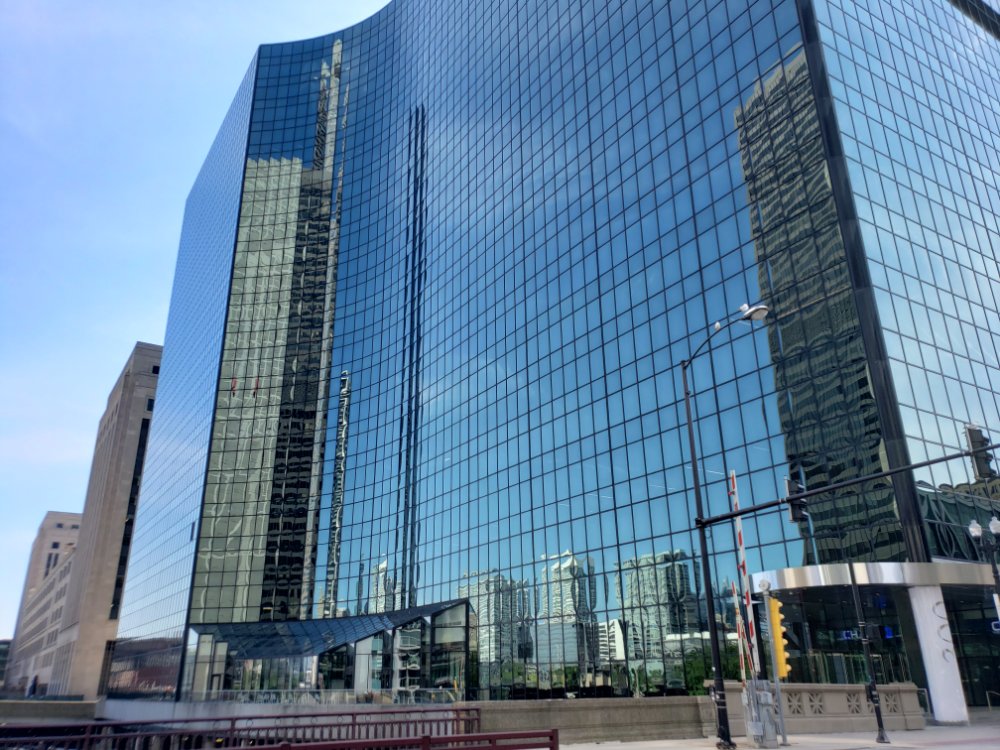 I have to admit, I am not a fan of Frank Gehry designs. And I am not a fan of where the University of Minnesota stuck the Frederick R. Weisman Art Museum Gehry designed. It is out-of-sync with the Art Deco student union and the 1940 dormitory it sits between. Because it hangs on the edge of a bluff overlooking River Road and the Mississippi River, it does catch unobstructed reflections from the sky and the Washington Avenue Bridge, which crosses the Mississippi River. The actual reflections on the brushed stainless steel panels are more subtle. I enhanced them for dramatic effect.

Waterdrops after the Rain