Shrine of the Grotto of the Redemption 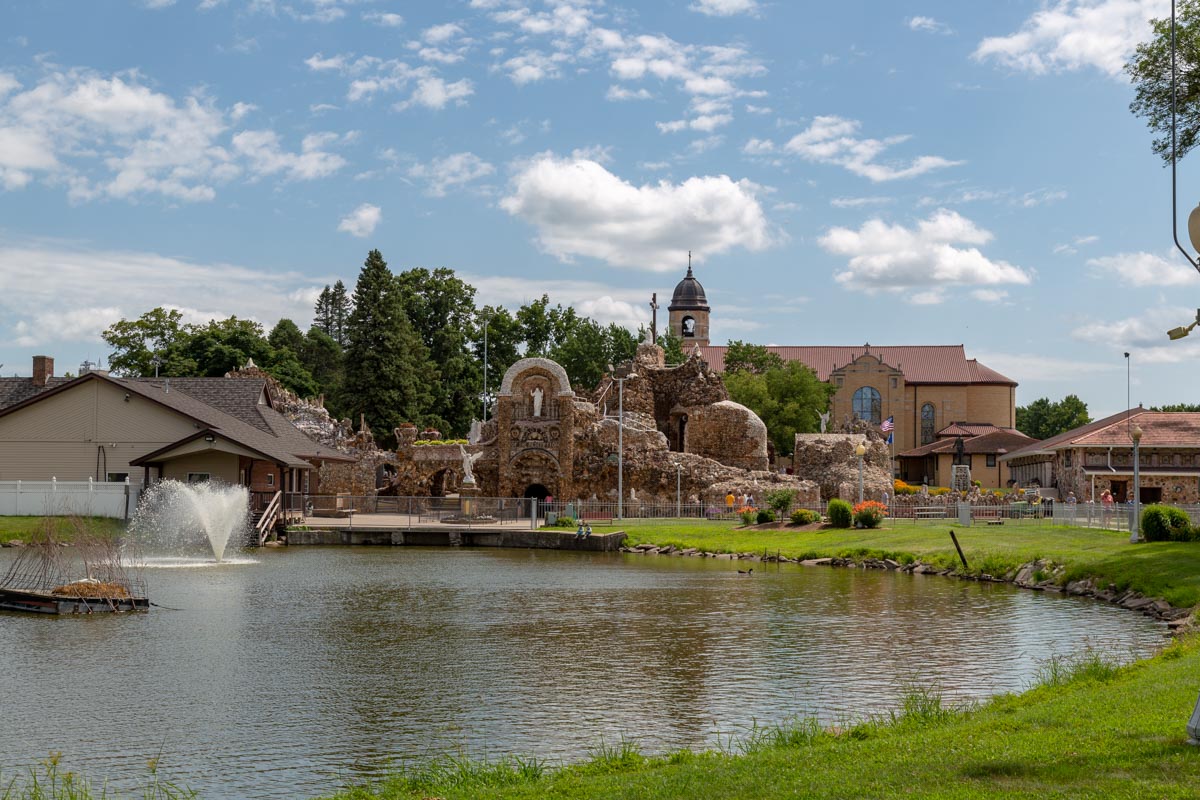 View of the main grotto and the grotto complex, with the local Catholic church in the background.

On my road trip in July/August 2018, I looked for rural backroads attractions off the main tourist routes. The Shrine of the Grotto of the Redemption in West Bend, Iowa was a fabulous find, even though it took me well out of my way on a day my final destination was Minneapolis, Minnesota. Regardless of your religious affiliation or lack thereof, it is a fascinating place just in terms of its construction and materials.

Father Paul Dobberstein, a German immigrant, began construction of the grotto in 1912 and continued building for 42 years. He collected materials for 14 years before beginning construction. According to iowabeautiful.com, the Grotto is “a complex of nine different grottos in West Bend, Iowa, each one portraying a different scene from the life of Christ. The fourteen Stations of the Cross are also depicted. The grottos were built using stones and gems from all over the world. It was started in 1912 and now covers nearly a whole city block. The materials used in its construction are considered to be the world’s most complete man-made collection of minerals, fossils, shells, and petrifications in one place.”

The vast collection of minerals and semi-precious stones used in the Grotto’s construction include petrified wood, crystals, malachite, azurite, agates, geodes, jasper, quartz, topaz, calcite, stalactites and stalagmites, shells, turquoise, and coral.  Father Dobberstein and his assistant, Matt Szerensce, spent countless hours sorting and arranging the materials into harmonious units. Until 1946, when an electric hoist was put into use, all construction and lifting was done by hand. Construction continued after Father Dobberstein’s death in 1954. 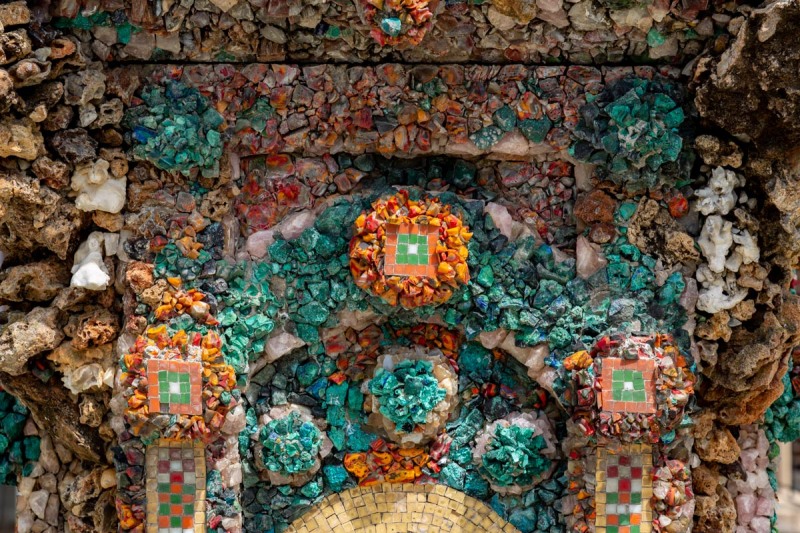 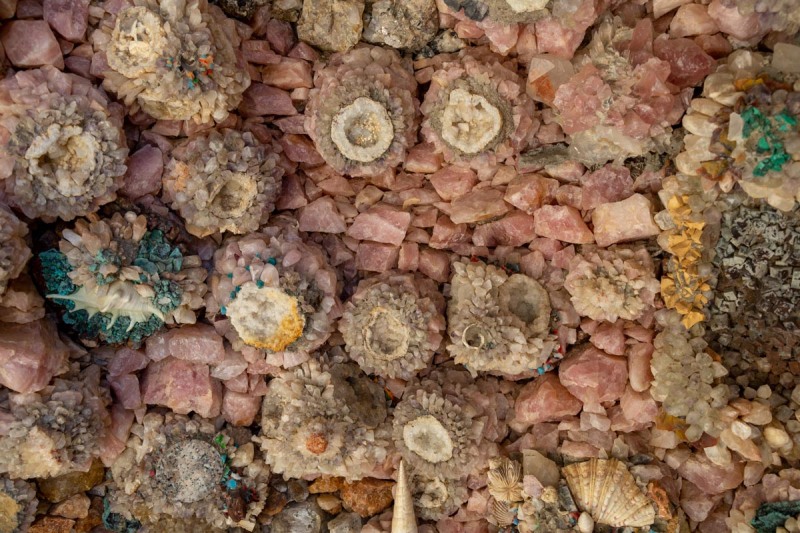 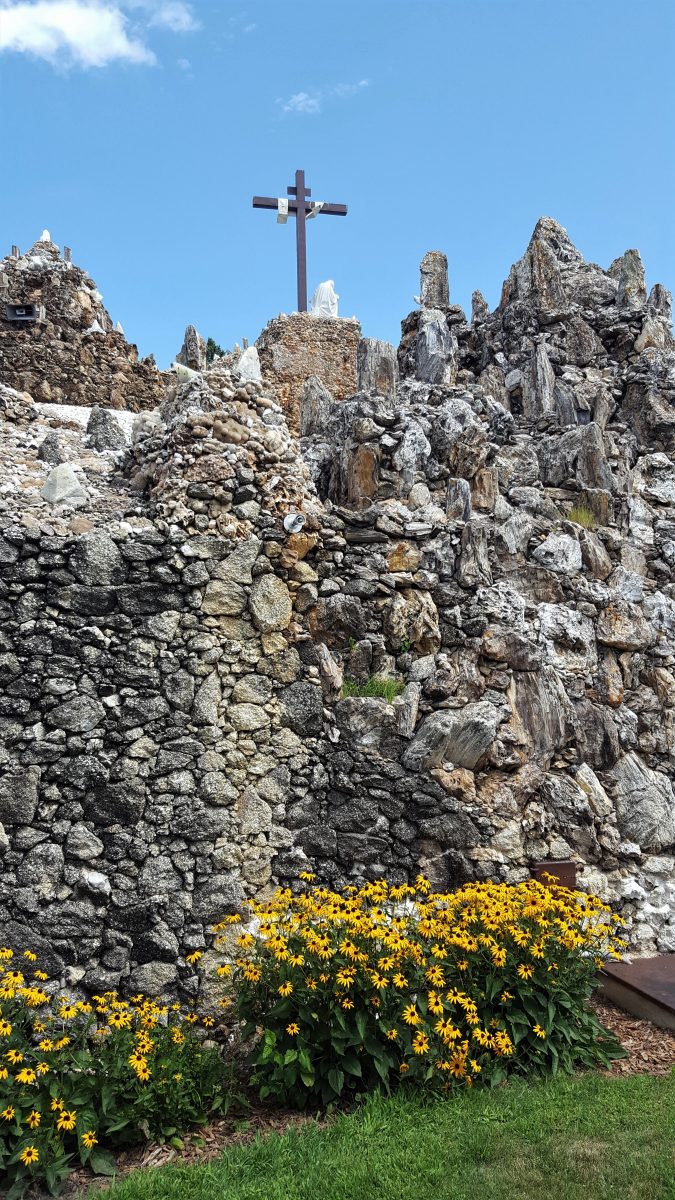 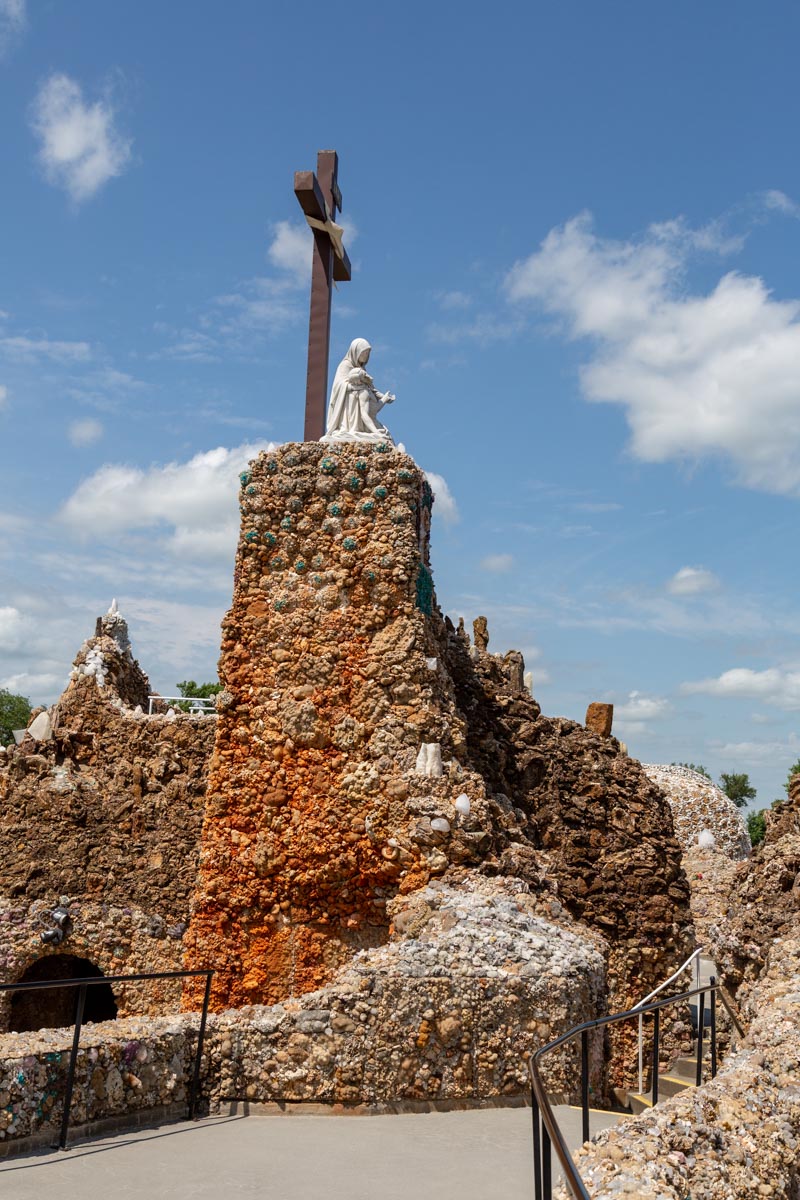 The Grotto is on the National Register of Historic Places. It is the largest man-made grotto in the world and contains the largest collection of precious stones and gems in one location. The statues found throughout the complex, including the replica of Michelangelo’s Pieta on the summit, are carved from Italian marble

Stations of the Cross 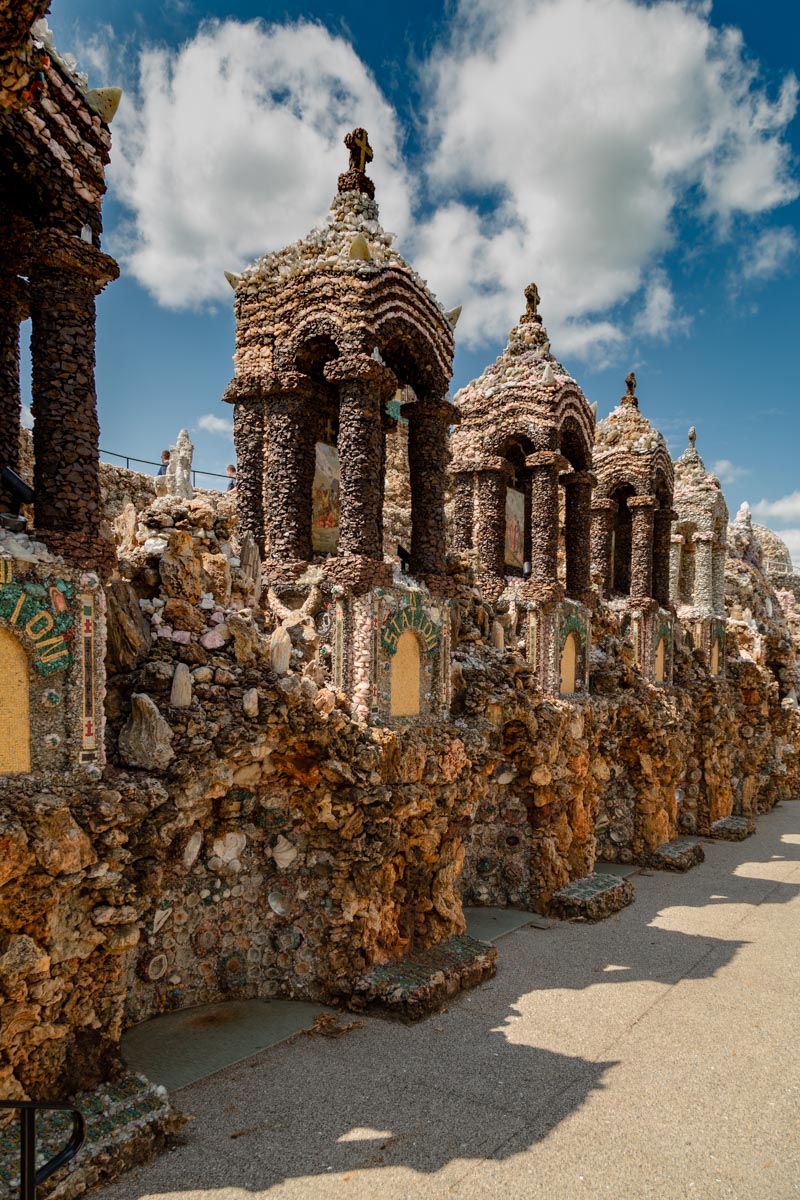 Grotto of the Redemption

One of my sisters transforms Alaskan rocks into birds and wildlife. Owls are her favorite imitation of  reality. 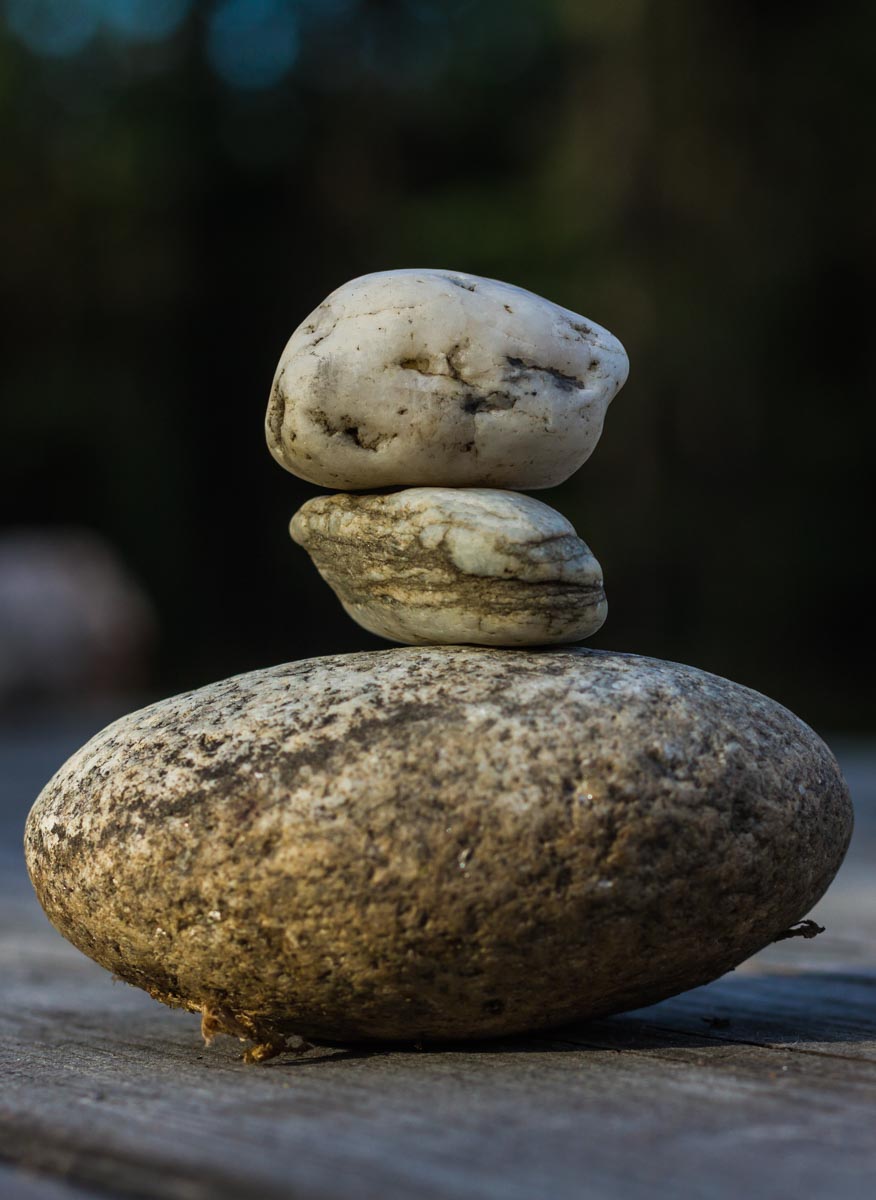 The Sacred and the Profane #1 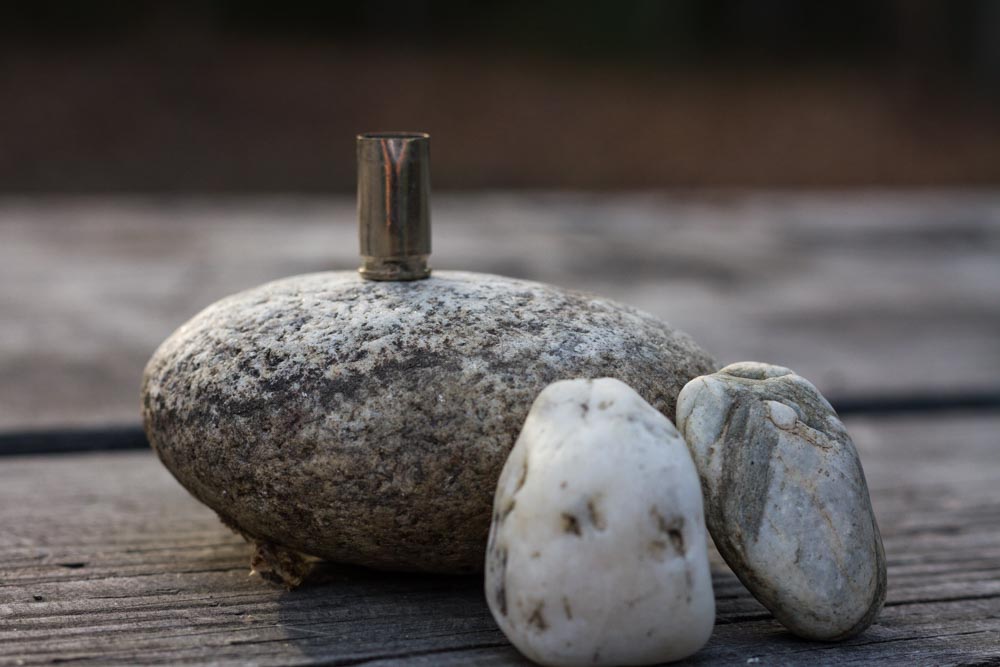 Still-life with rocks and shell casing

I find bullets and weapons so contrary to nature. I was recently camping near Fairbanks, Alaska. Numerous shell casings were scattered throughout our site. It distressed me to think that the peace and serenity of the park could be disturbed by indiscriminate gunfire. It was not a location where hunting was allowed. The juxtaposition of nature and destruction is telling and demoralizing. 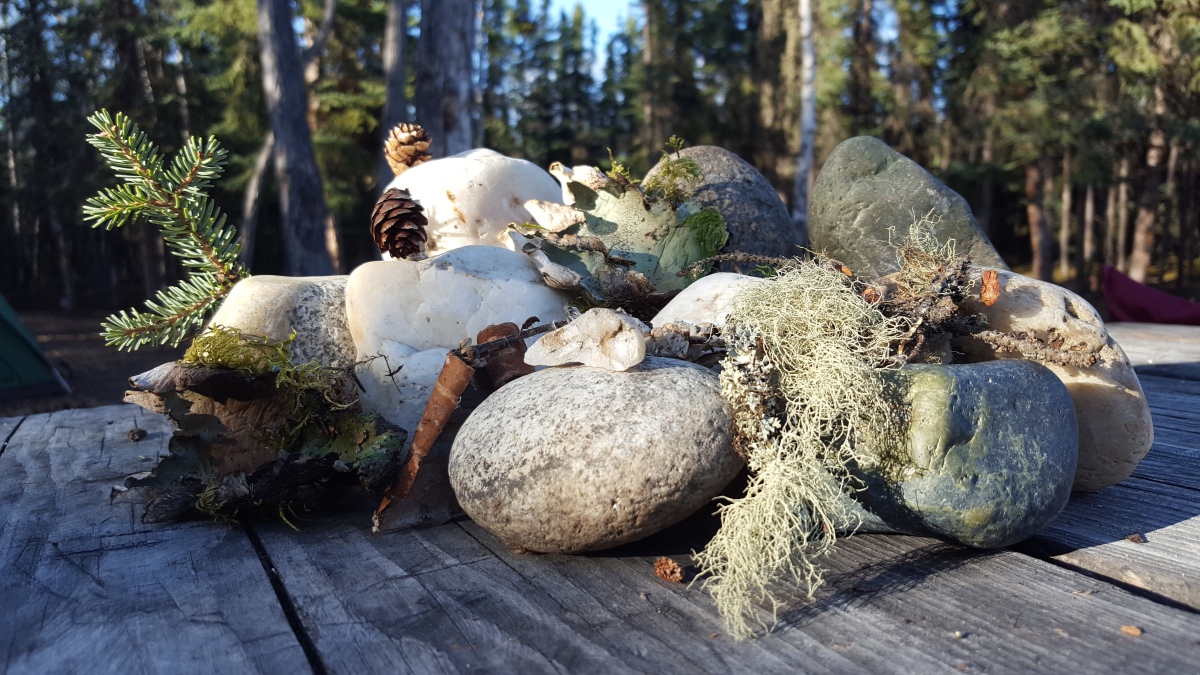