When the Blessed Pierre of Luxemberg died in 1387 at the age of 17, he had already been made a pseuocardinal by the Antipope Clement VII. He was living at the papal court in Avingnon at the time and died from anorexia and fever due to the harsh lifestyle he demanded of himself. He was beatified in 1547. Some of his relics are displayed in Avignon’s lovely Basilica of St. Pierre (the original St. Peter).

Join Nancy’s A Photo A Week: Made By Hand

In the collection of the Cathedral’s museum in Seville.

Chestnut and A Dead Saint

Thursday’s Special: Traces of the Past Y2-03 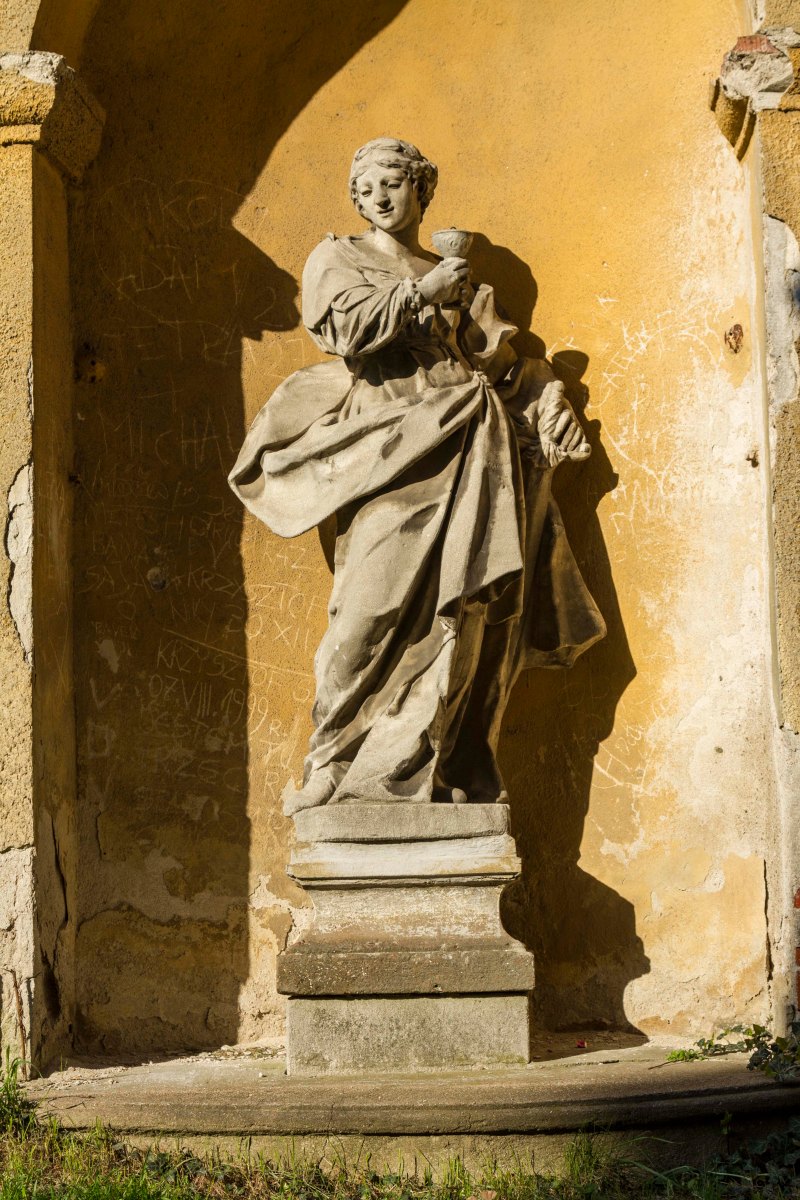 I love the vivid drapery on this unidentified statue set in the niche of a wall across from Saints Peter and Paul Cathedral, Brno, Czech Republic. It may be Saint Barbara, an early Christian saint and martyr who died in A.D. 306. Her symbols include a sword, tower, cup and wafer, crown, and/or palm. The statue holds a sword and cup, and a circular ring inside the cup could be a wafer.