Patio of the Dolls 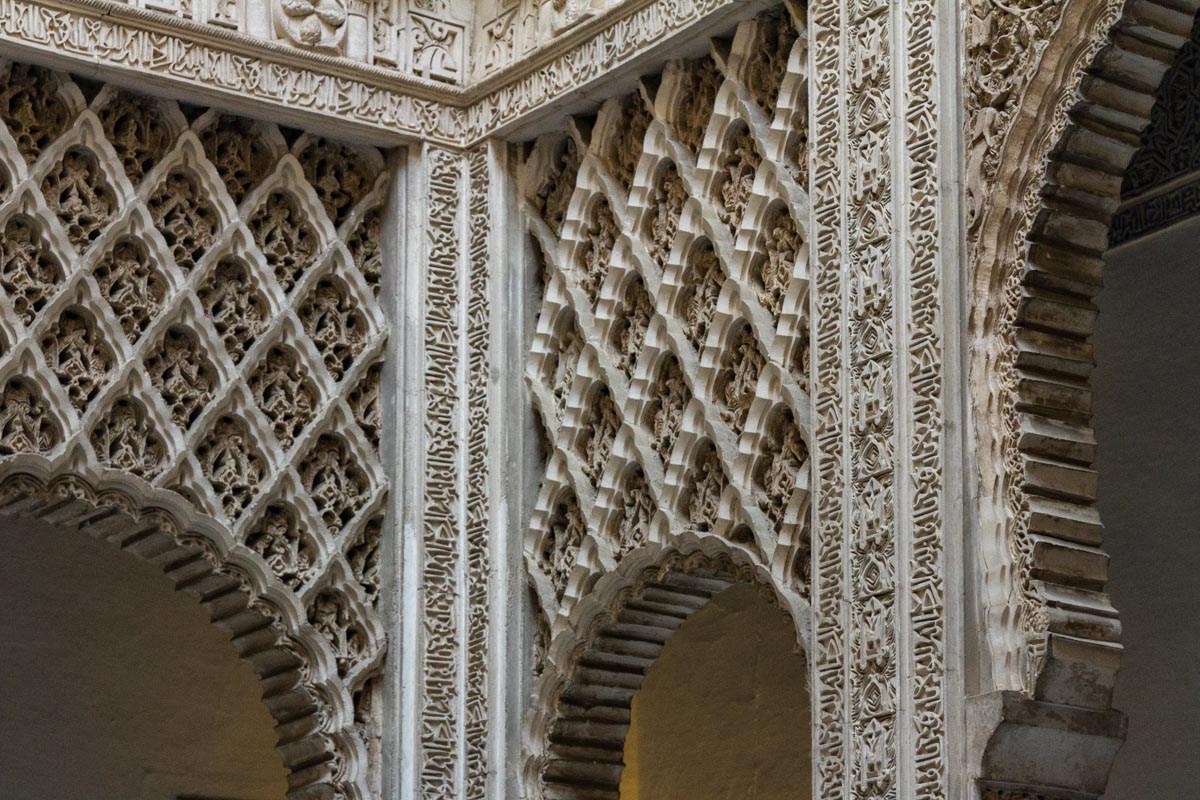 Patio of the maidens

Delicately carved plasterwork covers many of the architectural elements of the Real Alcázar of Seville (Reales Alcázares de Sevilla). The core of the Alcázar palace was built in the 1340s for the Christian king Peter of Castile and expanded by subsequent monarchies. A preeminent example of Mudéjar architecture, sections of the palace were built by Moorish (Mudéjar) craftsmen who remained on the Iberian Peninsula after the Christian Reconquest. It is the oldest royal palace still in use in Europe. In 1987, it was registered as a World Heritage Site by UNESCO.

From Wikipedia: “In architecture Mudéjar style does not refer to a distinct architectural style but to the application of traditional Islamic ornamental and decorative elements to Christian Romanesque, Gothic, and Renaissance architectural styles, mostly taking place in Spain in the 13th, 14th and 15th centuries, although it continued to appear in Spanish architecture well after this period. It also appeared in the architecture of other countries and regions, most notably Portugal, and later in the Spanish colonies in the Americas in the 16th and 17th centuries.”

Base of pipe organ/entry into choir, Seville Cathedral, Spain

The marble atrium supports one of two pipe organs in the Seville Cathedral. The doors open into the sides of the choir, giving access to the stalls. The original organs were built in the 17th and 18th centuries but were later destroyed in an earthquake. This architectural element dates much later than the cathedral itself, which is the world’s largest Gothic church. 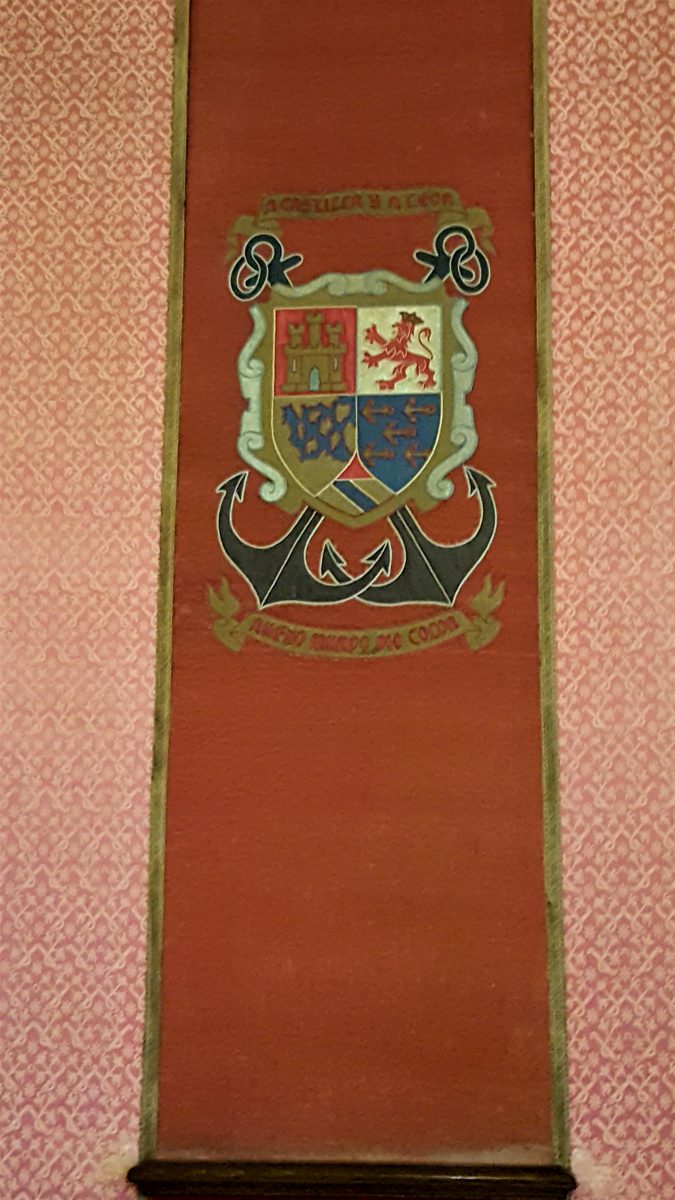 After he returned from his second voyage to the Americas in 1496, Christopher Columbus was received by Isabella of Castille at the Alcazar Real in Seville. The meeting occurred in the Admiral’s Hall, part of the Casa de la Contratación (House of Trade), founded by the Spanish monarchs in 1503 to regulate the trade between Spain and the New World.  Embroidered wall-hangings with the coats-of-arms of the Admirals of Castile decorate the square room. Christopher Columbus’ coat-of-arms hangs in the center, facing an elaborate altarpiece depicting the Virgin of the Navigators (c.1535), one of the first paintings to depict the discovery of the Americas. Columbus, and other navigators such as Amerigo Vespucci, are shown. Columbus is the blonde in the group on the right.

Virgin of the Navigators, Altarpiece in Real Alcazar, Seville, Spain 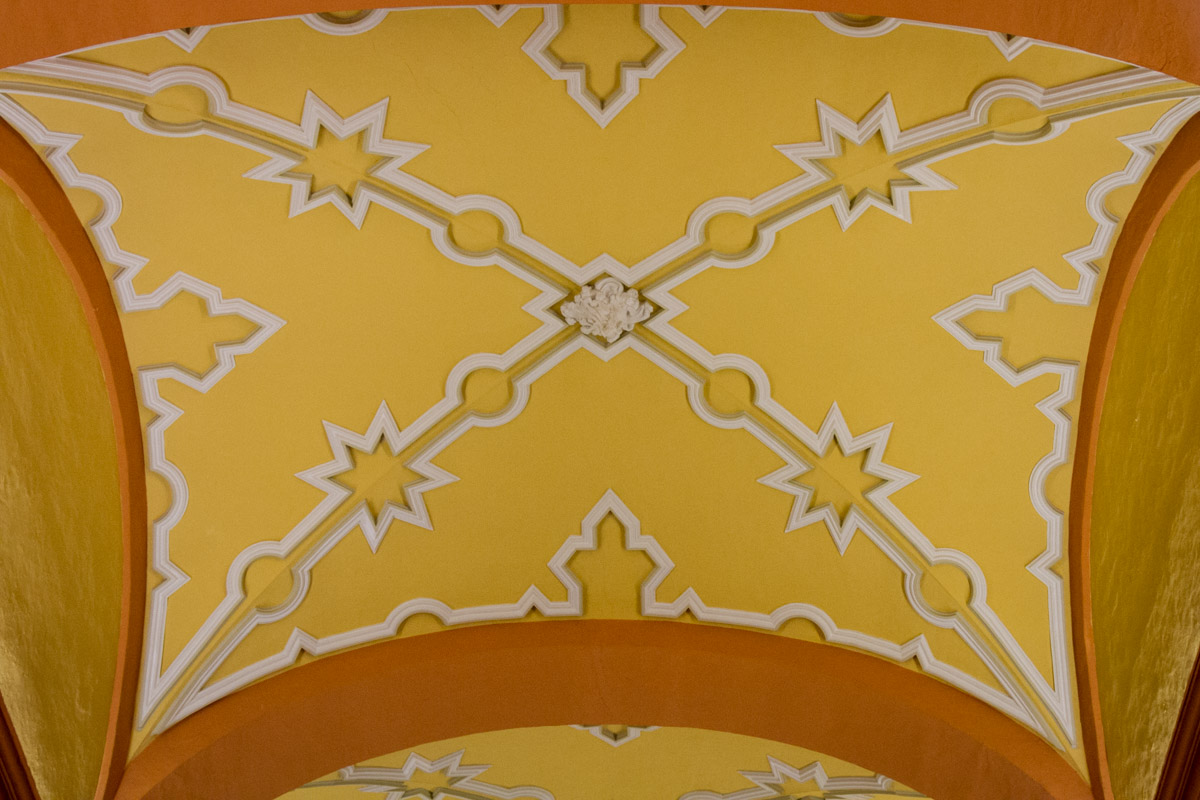 Ceiling detail from the Gothic Palace of the Alcázar Real of Seville (Reales Alcázares de Sevilla), the royal palace in Seville originally built by Moorish Muslim rulers. Parts of the Gothic Palace, built by Alfonso X in 1254, were heavily damaged or destroyed by an earthquake in 1755. Baroque details were added during repairs and rebuilding. This ceiling is in the Tapestry Room which was totally rebuilt after the earthquake.

Seville Cathedral, built in the 15th and early 16th centuries is the largest cathedral in the world. In addition, it is the third-largest church and the largest Gothic church. The ribbed vault is typical of Gothic architecture.  Christopher Columbus and his son Diego are buried in the cathedral.