Breaking Through The Ceiling

The Vanderbilt’s summer “cottage,” The Breakers, was built between 1893-1895. No expense was spared on its decorative elements. The painted ceiling  of the Upper Loggia depicts three decorative canopies against a blue sky, bringing the outside into the room that served an an informal living room. The loggia faces the Atlantic Ocean and its windows can be opened to create a breezeway during warm weather.

The Billiards Room ceiling was designed in the style of ancient Rome, with marble, alabaster, and other semi-precious stones covering the walls, floor, and ceiling. Mosaics one the ceiling included sea motifs.  Dolphins, which can be found as decorative elements in several rooms, are an ancient symbol of hospitality. The room was designed by the architect Richard Morris Hunt.

Join Nancy’s A Photo A Week Challenge: The Rule of Thirds

Newport was the summer getaway for the rich in the 19th and early 20th centuries. They built summer “cottages” based on French and Italian chateaux and grand houses.

Today we toured The Breakers, the summer home of indusrialist Cornelius Vanderbilt II, possibly the richest American at the time. He made his fortune through railroads and shipping. 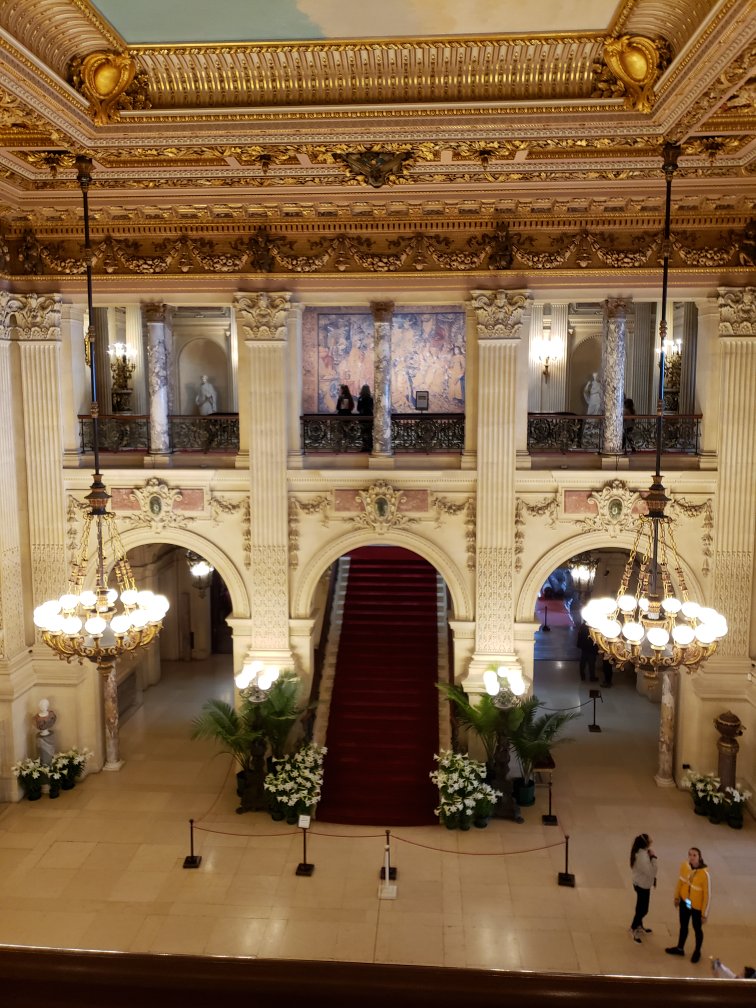 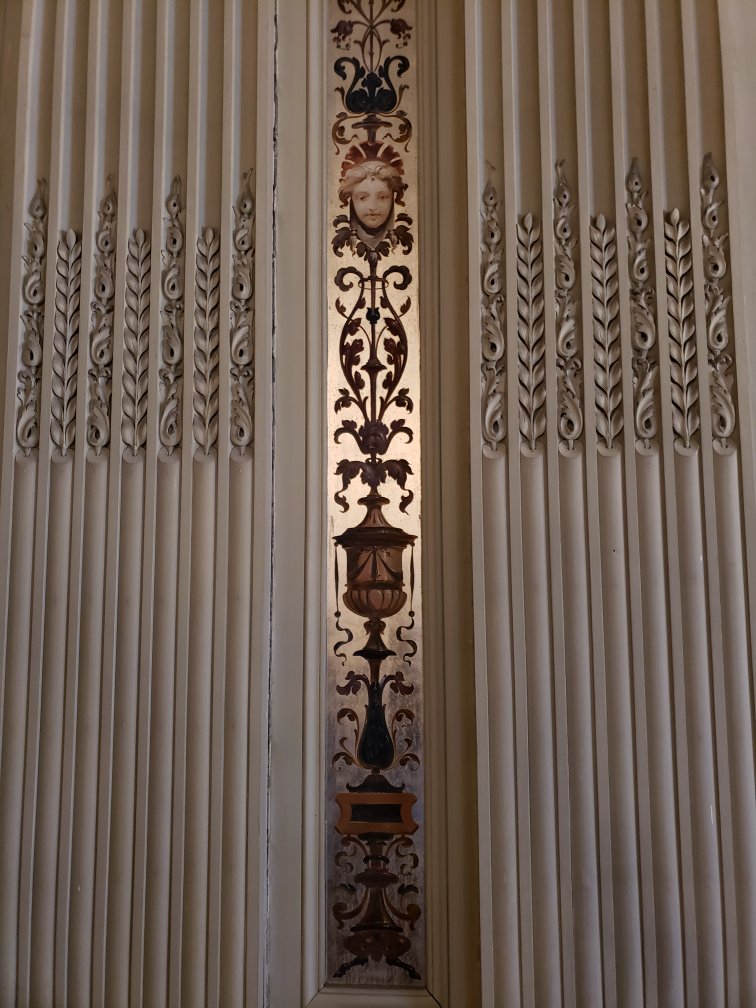 The silver panels in the morning room are actually platinum and will never tarnish. 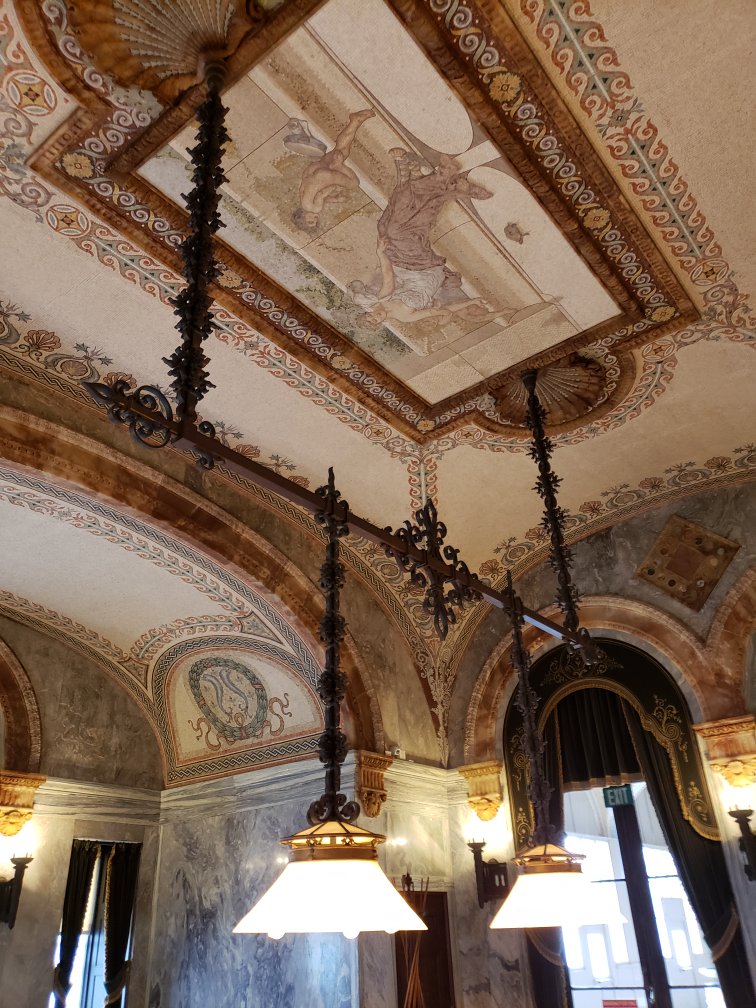 The ceiling in the billiards room is an intricate mosaic. The wrought iron chandelier is so heavy it had to be attached to supporting beams. Because a previous house had burned, Vanderbilt required the structural elements be steel instead of wood.

The Circassian walnut and gilded panels in the library were designed to look like tooled leather.

The solid marble tub in Mr. Vanderbilt’s bathroom had to be filled with hot water several times before the stone was warm enough for the bather to enter the tub. 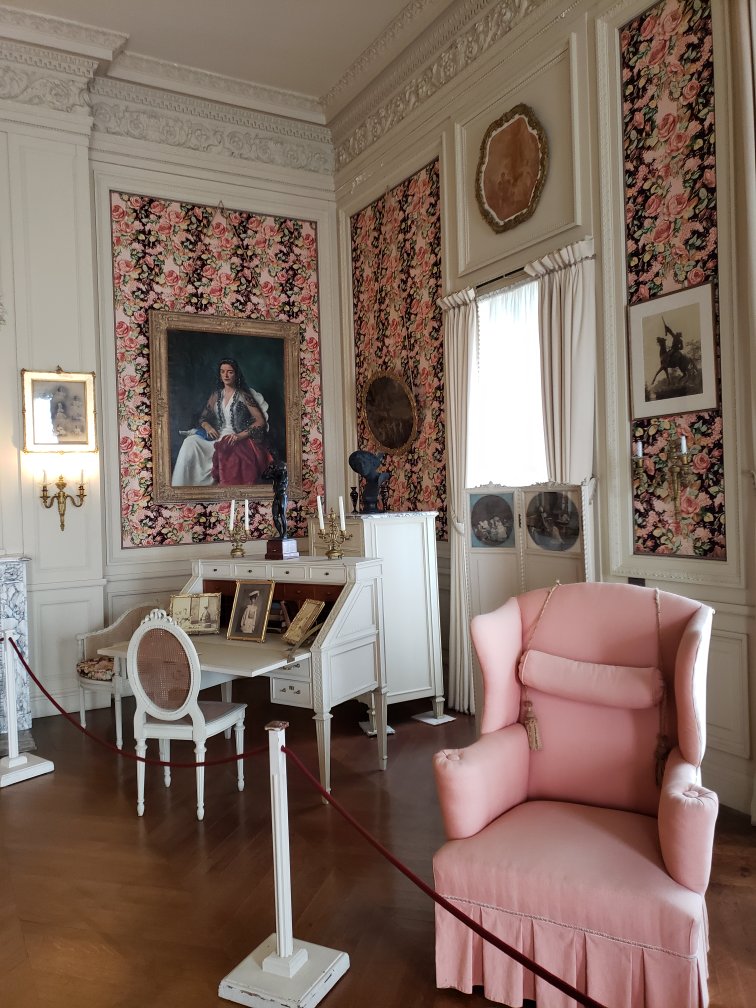 Gertrude Vanderbilt Whitney, the founder of the Whitney Museum, was a daughter of the house. This is part of her bedroom.

The grand staircase was designed with steps 2 inches shallower than normal so women wouldn’t trip on their long dresses.

Below stairs, though actually on the first floor level, a huge kitchen was the site of meal preparation.

Unfortunately, Mr. Vanderbilt only enjoyed one summer at The Breakers before falling ill. He died in 1899. The house remained in family hands until 1948, when it was leased to the Perservation Society of Newport County. They purchased the house and 90% of the furnishings in 1972.

The Breakers and other gilded age properties of the Preservation Society are open to the public, though check the seasonal closures if you plan to visit. Hopefully, the sun will come out tomorrow.